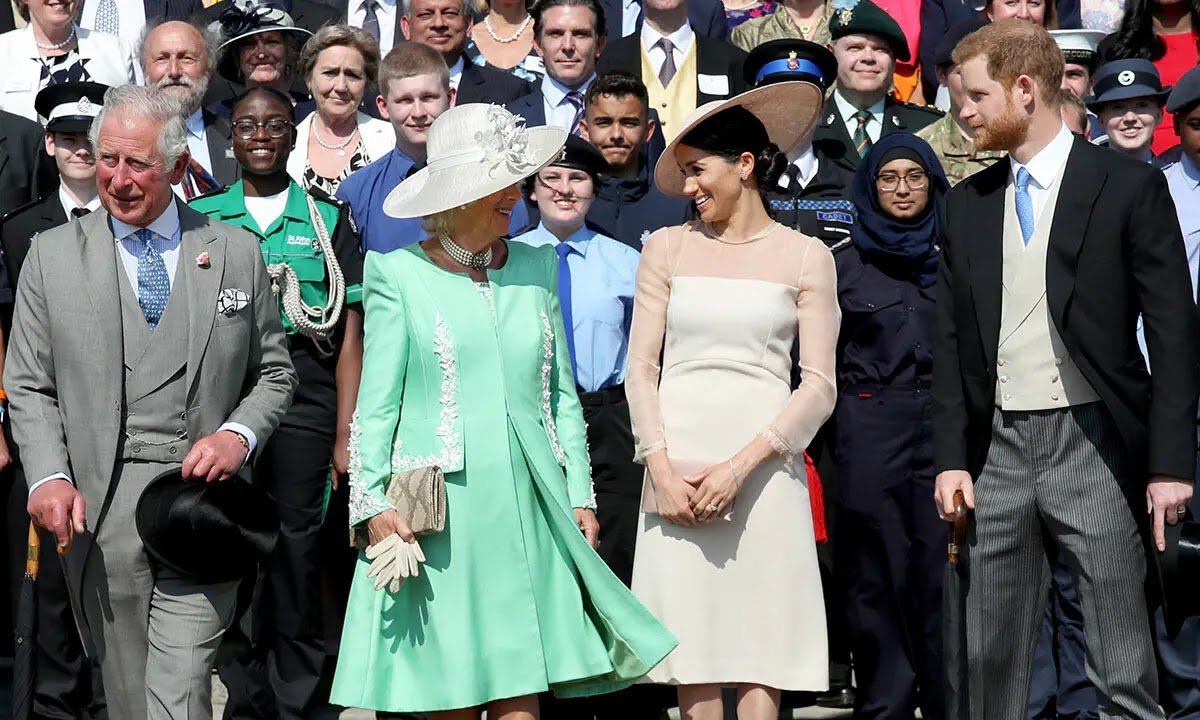 The Prince of Wales and Duchess of Cornwall marked the Duchess of Sussex‘s 40th birthday with a touching message on Wednesday.

Clarence House shared a photo on its social media accounts of Meghan beaming as she took part in a roundtable discussion on gender equality with the Queen’s Commonwealth Trust and One Young World in October 2019, alongside a message, which read: “Wishing The Duchess of Sussex a very happy 40th birthday [balloon emoji].”

Prince Charles became a grandfather for the fifth time on 4 June, with the birth of Prince Harry and Meghan’s second child, Lilibet Diana Mountbatten-Windsor.

He is also a grandad to the Sussexes’ two-year-old son, Archie, and the Duke and Duchess of Cambridge‘s three children, Prince George, eight, Princess Charlotte, six, and three-year-old Prince Louis.

Charles and his wife Camilla shared their joy over the arrival of baby Lilibet in a statement posted to their official social media accounts in June.

It read: “Congratulations to Harry, Meghan and Archie on the arrival of baby Lilibet Diana [confetti emoji]. Wishing them all well at this special time.”

Harry returned to the UK last month for the statue unveiling of his late mother, Diana, Princess of Wales at Kensington Palace, with his older brother, Prince William.

While the Duke of Sussex made a surprise appearance at the WellChild Awards at Kew Gardens during his visit, it has not been confirmed whether he met up with his father during his time in the UK.

Charles has not addressed his relationship with his youngest son in public, although Harry made it clear in his interview with Oprah Winfrey in March that there is “a lot to work through”.

The Sussexes now live in Montecito, Santa Barbara, after stepping back from royal duties in March 2020.