Princess Beatrice has revealed the adorable way she refers to her stepson Wolfie. In an exclusive video interview with HELLO!‘s guest editor Giovanna Fletcher, for our Back to School digital issue, Beatrice referred to five-year-old Christopher, whose nickname is Wolfie, as her “bonus son”.

When asked about her homeschooling experience with Wolfie, who is the son of her husband Edoardo Mapelli Mozzi, Beatrice said: “Homeschooling, that was definitely not my forte! Not going to lie. Sadly, I can’t blame that on dyslexia.

“But I’ve felt very lucky to have had the chance to work with my bonus son (Wolfie) over the course of the school closures. It was a huge learning curve for all of us.”

Beatrice was speaking to HELLO! in her role as patron of the Helen Arkell Dyslexia Charity. The Queen’s granddaughter was told she had dyslexia aged seven and was supported by the charity throughout her academic years. She became a patron of the organisation in 2013 and is passionate about speaking about dyslexia, which she calls a “gift”.

Thinking towards the future and the imminent arrival of her first child, who is due in the autumn, Beatrice, 33, reflected: “If any child, any bonus son, or future babies that are on their way, are lucky enough to be diagnosed with dyslexia, I feel incredibly grateful to have tools such as the Helen Arkell Dyslexia Charity to be able to tap into, to give them that extra support. I think it’s really important for every parent, that they feel they are not alone in this.” 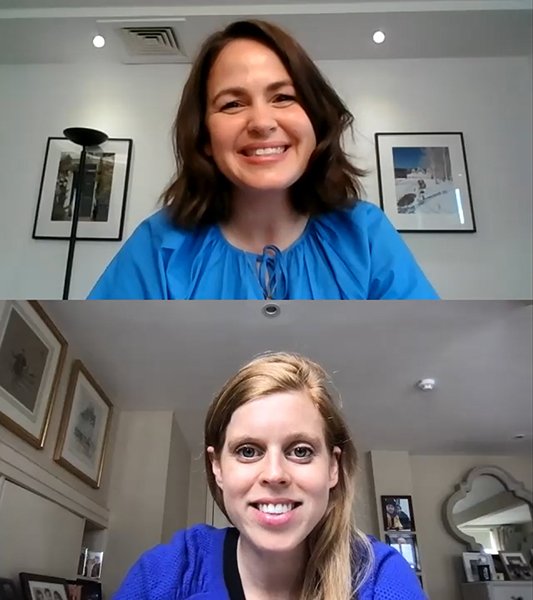 She continued: “My husband’s also dyslexic so we’ll see whether we’re having this conversation in a couple of months’ time with a new baby in the house, but I really see it as a gift. And I think life is about the moments, it’s the challenges that make you.

“Of course, I would never want there to be any difficult situations. But I feel like if we’re able to embrace some of the tools that we have from the Helen Arkell Dyslexia Charity and other organisations, then I feel very, very lucky that we can have this conversation.”

Just last month, Beatrice celebrated her first wedding anniversary with her husband Edoardo. In May, the couple announced that they are expecting their first child in the autumn. Edoardo is already the proud dad to his son Wolfie, who he welcomed with his ex-fiancée, Dara Huang.