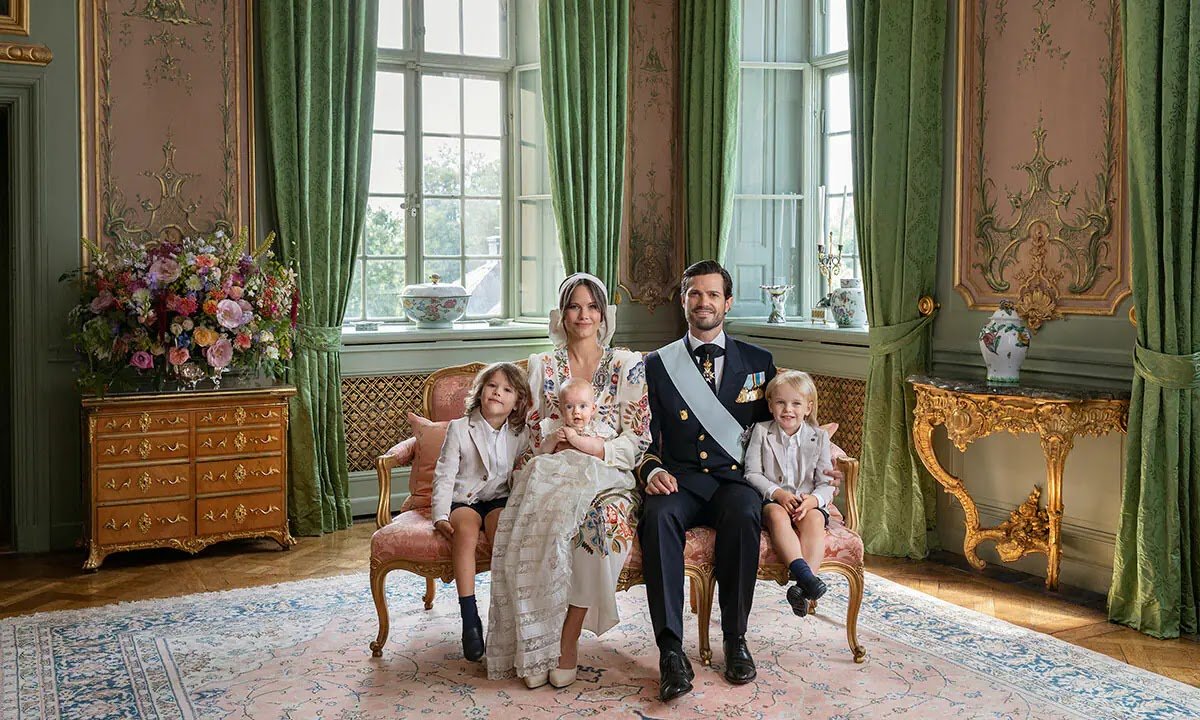 The Swedish royal palace has released three official images from Prince Julian’s christening last weekend and the photos are adorable.

Taken at the royal family’s summer residence, Drottningholm Palace, one image shows four-month-old Prince Julian smiling directly at the camera as he sits on his mother Princess Sofia‘s lap in a perfect snap of the family-of-five.

The royal mum-of-three looks gorgeous in a floral embellished frock by Etro, completing her look with a pair of ivory stilettos and a white hair bow.

Prince Julian, who was born on 26 March, is dressed in the christening gown worn by his father to his own baptism in 1979. The family heirloom dates back to Prince Gustaf Adolf’s christening in 1906 and has been worn by royal babies since.

Prince Alexander, five, sits on his mother’s left, twinning with his younger brother, Prince Gabriel, three, in matching blazers and shorts. Prince Carl Philip, dressed in his military uniform, puts his arm around Prince Gabriel as they smile for the camera. 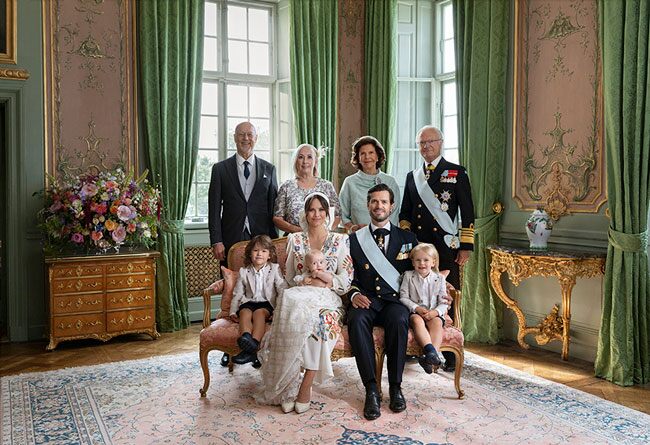 The 16th century palace’s stunning interiors can be seen behind them, including green draped curtains and gold ornate furniture, as well as stunning bouquet of brightly coloured flowers. 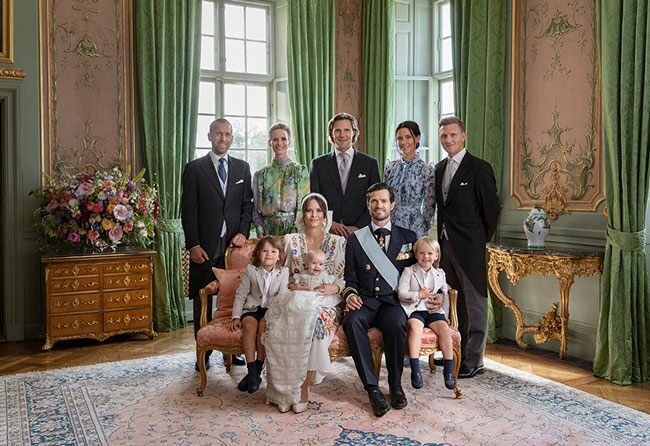