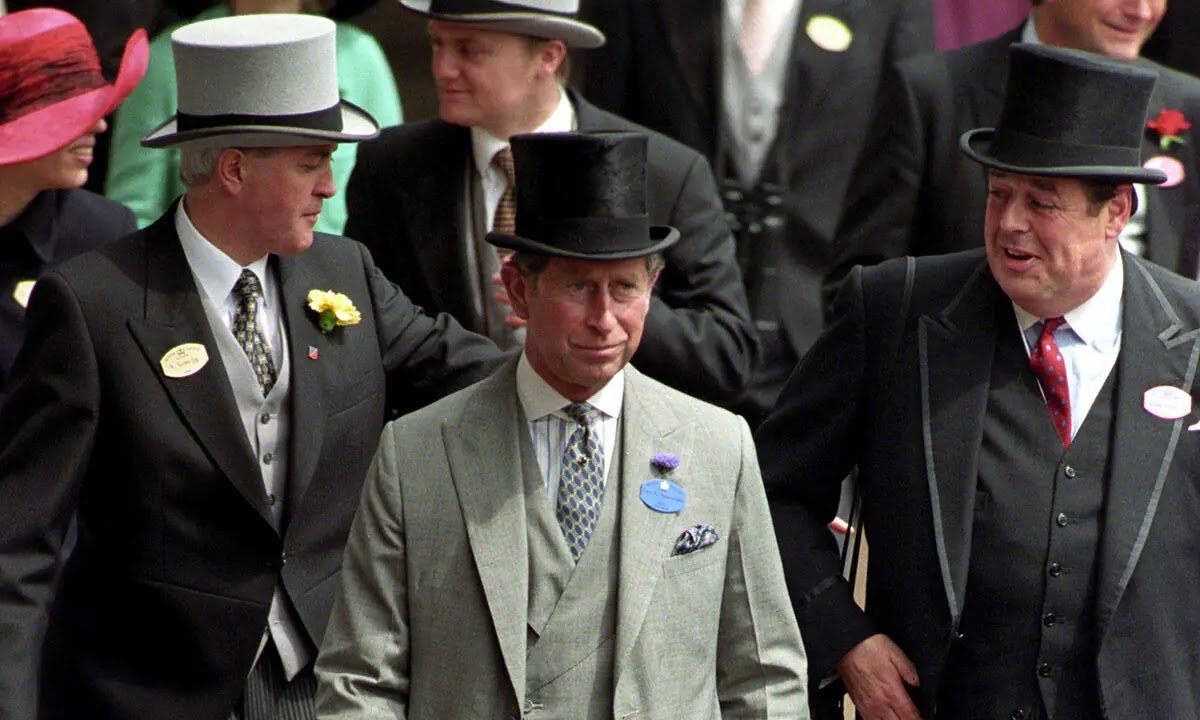 Prince Charles suffered a personal blow on Sunday when one of his closest aides decided to step down from his position.

Michael Fawcett – who formerly worked as the royal’s valet – quit his role as chief executive of the Prince’s Foundation amid claims that he fixed an honour for a Saudi tycoon, who has donated to royal charities.

Michael had helped run the foundation for most of the last decade, and the Prince once said of him: “I can manage without just about anyone, except for Michael.” 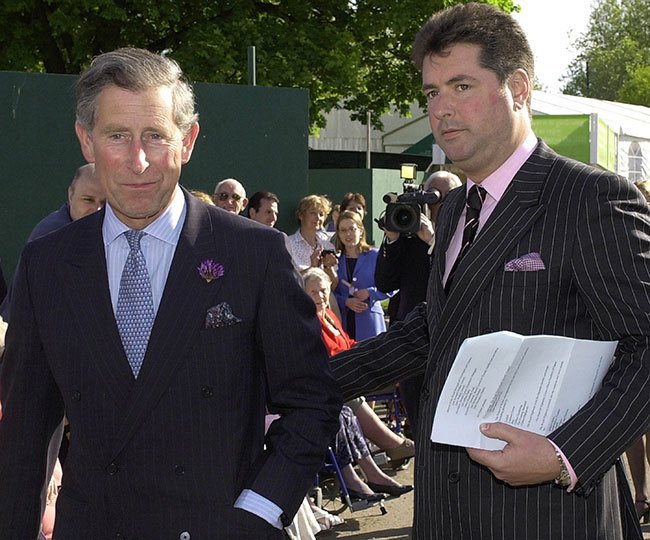 In light of his decision to leave his post, Let’s take a closer look at the Prince inner circle.

Considered to be the Prince’s key aide, Clive Alderton has been Charles’ principal private secretary for six years, having come up through the foreign office. At the time of his appointment to Clarence House, he was Britain’s Ambassador to Morocco but he had previously served Charles and wife Camilla for six years, between 2006 and 2012. 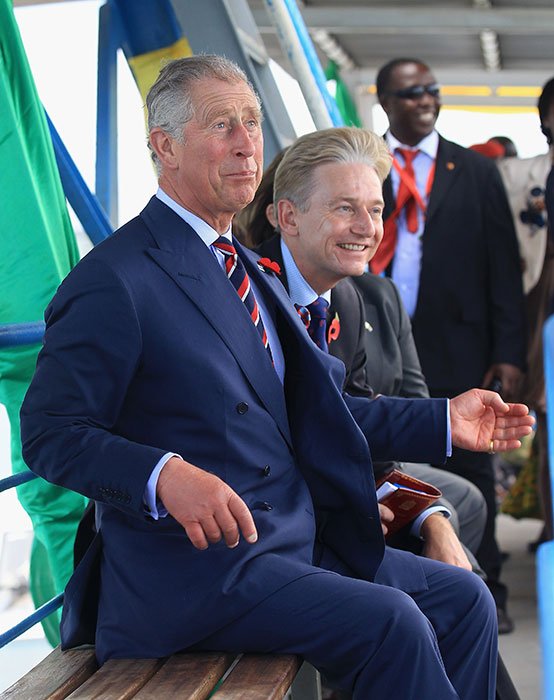 Sir Nicholas Soames – grandson of Sir Winston Churchill – has been a confidant and close friend to Charles for decades. The pair got to know each other in 1970 when Nicholas was appointed equerry to the royal, a position he held for two years. 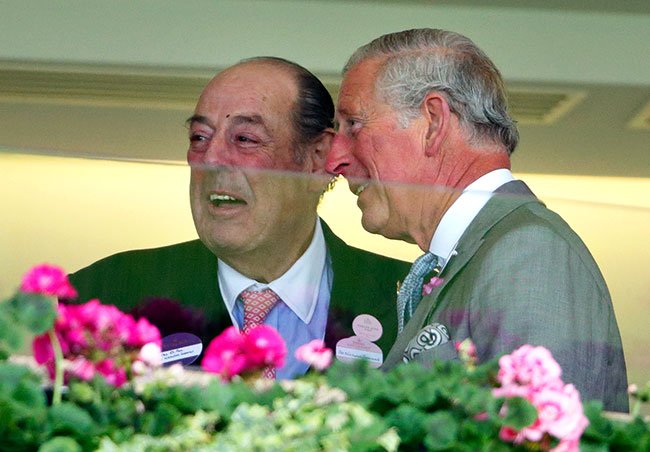 Charles later acted as best man at Nicholas’s wedding to heiress Catherine Weatherall in 1981, and their relationship is thought to be one of the few that Charles has that approaches equality. An observer previously told the Independent that the friendship is based on “a great deal of mutual humour and banter but the utmost public discretion”.

Prince Charles has had a close relationship with the Knatchbull family since childhood. The first Earl Mountbatten, Louis, was the uncle of Prince Philip and a mentor of Prince Charles growing up – he famously referred to him as his Honorary Grandfather. Tragically, he was killed alongside his grandson Nicolas by IRA terrorists in 1979 and it was heartbroken Charles who read at his funeral. 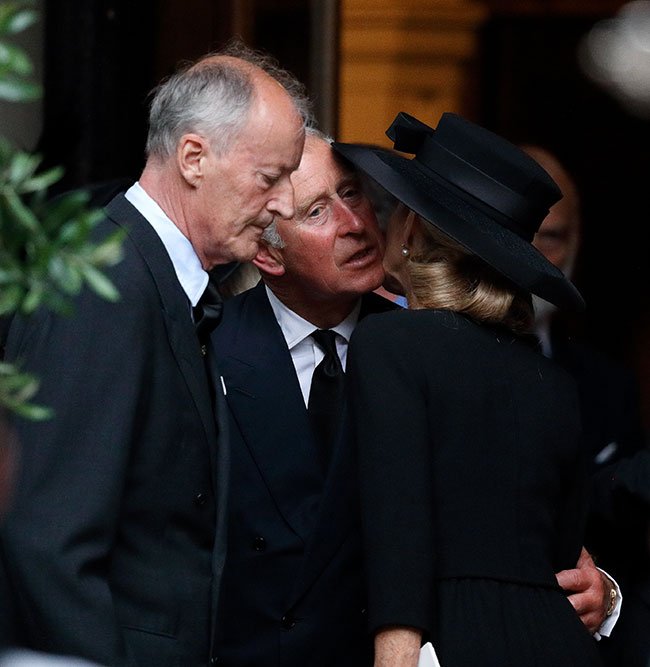 Louis’s grandson Norton, meanwhile, has a very strong bond with Charles. He was chosen to be one of Prince William’s godparents – Prince Philip was his godfather – while his daughter Lady Alexandra was a goddaughter of Princess Diana.

The bond between the families was especially evident in June 2016 when Prince Charles walked Alexandra down the aisle on her wedding day. At the time her father was too ill to take on the role himself. The society nuptials had an incredible guest list that included the Queen and Prince Philip, Princess Anne, Queen Sofia of Spain and the former King Constantine II and Queen Anne-Marie of Greece.

The van Cutsem family’s ties to the royals are well known. Hugh, a former officer in the Household Cavalry, first became close to Charles during their time together at Cambridge University in the Sixties. 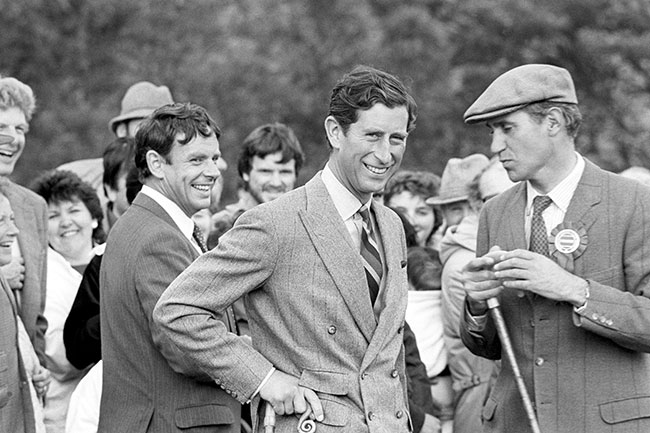 Their friendship endured, and when Charles married Lady Diana Spencer in 1981, the van Cutsem’s eight-year-old son Edward, who is also Charles’ godson, was one of their two-page boys.

As Charles’ marriage to Diana broke down, the van Cutsems became hugely important to his sons William and Harry. They became good friends with the couple’s four sons, William, Edward, Hugh and Nicholas — many people felt that it was in large part thanks to the van Cutsems that the two Princes were able to enjoy something approaching a normal childhood

In a move that mirrored his parents’ own marriage 30 years previously, William and Kate asked Grace van Cutsem, the five-year-old daughter of Hugh and Rose van Cutsem and William’s goddaughter, to be a flower girl on their wedding day. Nicholas van Cutsem is a godfather to Prince Louis while his younger brother William is godfather to Prince George.

Tragically, Hugh passed away in September 2013 at the age of 72. His friend Prince Charles, the Duchess of Cornwall, Prince William and Prince Harry were among the mourners.

Gerald Ward moved in royal circles for many years prior to his death in 2008. An old Etonian, he was with Prince Charles in Annabel’s nightclub in 1972 when the Prince first met the then Camilla Shand, the woman who later became his second wife and who is now Duchess of Cornwall. 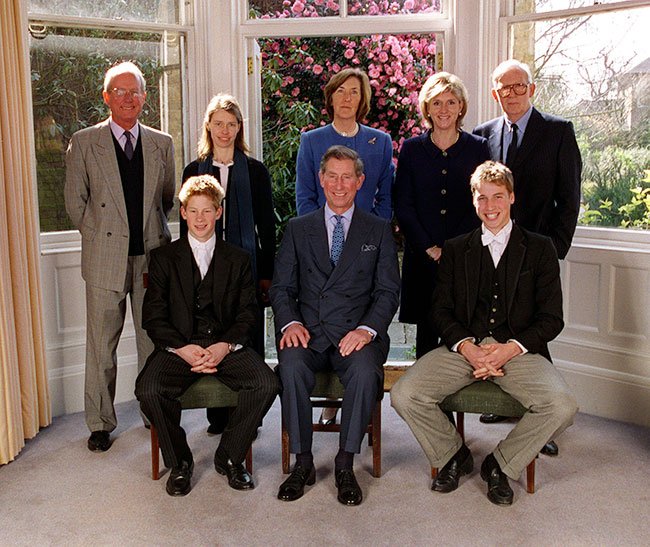 Gerald previously served as Extra Equerry to Charles and was later given the honour of becoming a godfather to Prince Harry. He took a great interest in godson’s life, in particular in his schooling and his military career, advising him before he left for his first tour of Afghanistan.