Emmanuel's Blog
Home Blog Prince Harry and Meghan Markle have a Signature pose and no one... 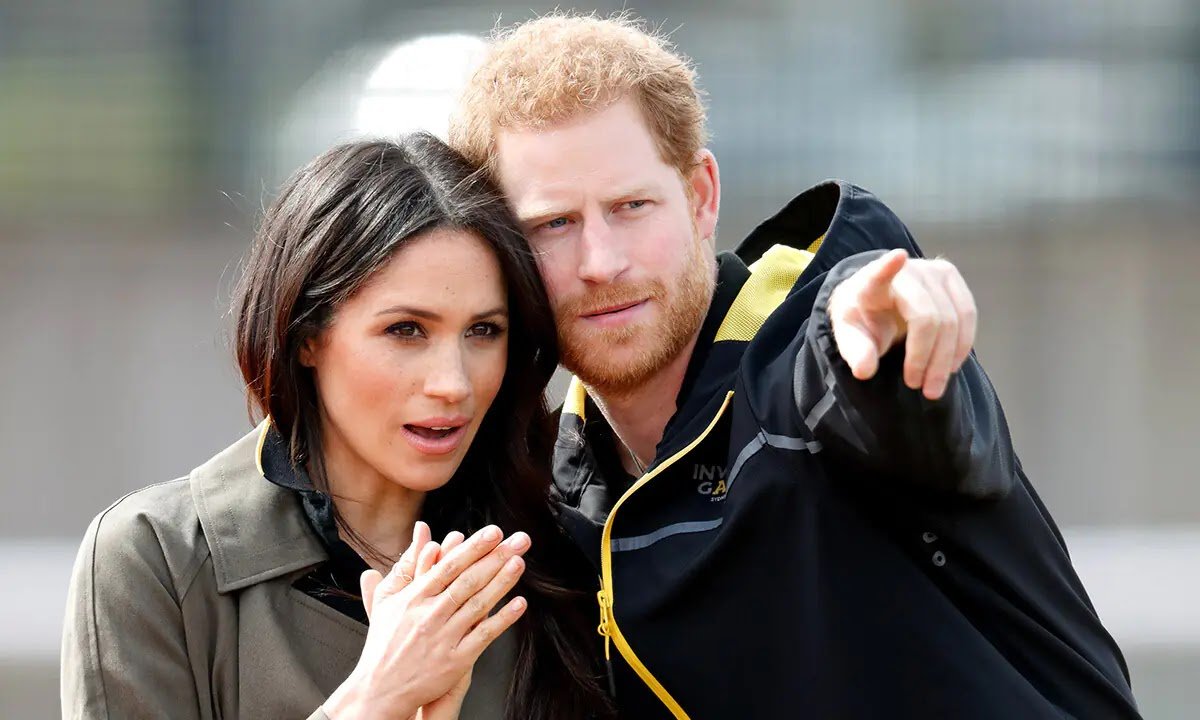 To commemorate the Duke of Sussex’s 37th birthday on Wednesday, new photos of Prince Harry and Meghan Markle were released.

The pictures were shared by TIME as the couple were named as part of the publication’s 100 Most Influential People of 2021.

One photo showed the couple walking hand-in-hand on the grounds of their California home, as they gazed lovingly into one another’s eyes and flashed huge smiles.

But this isn’t the first time that the royal couple has struck this pose, as it seems to mirror one taken of them at the Endeavor Fund Awards.

That photo sees the pair underneath an umbrella, illuminated by the glare of car headlights behind them, and the way they look into each other’s eyes and smile looks identical! 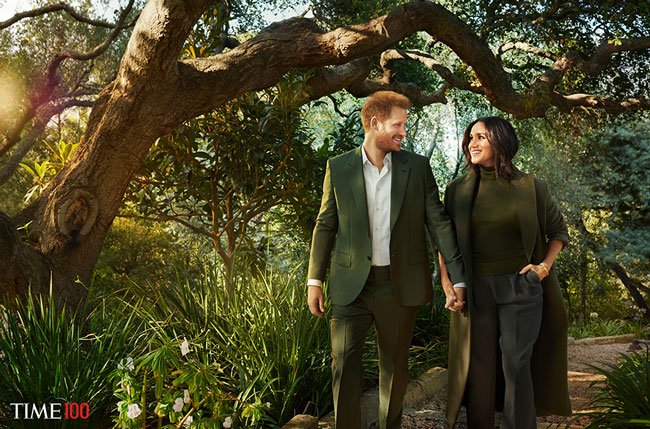 Other photos from the TIME piece show the couple looking directly at the camera, with Harry’s arm affectionately on his wife’s shoulder.

The Duke is pictured wearing a black shirt and trousers ensemble, while the Duchess looks gorgeous in a white jumpsuit, with her hair styled in a wavy blowdry.

In another image, Harry looks smart in an olive green suit with an open-collared shirt, while Meghan is chic in a khaki green rollneck and high-waisted trousers. Her hair has been styled into her signature bun with loose tendrils. 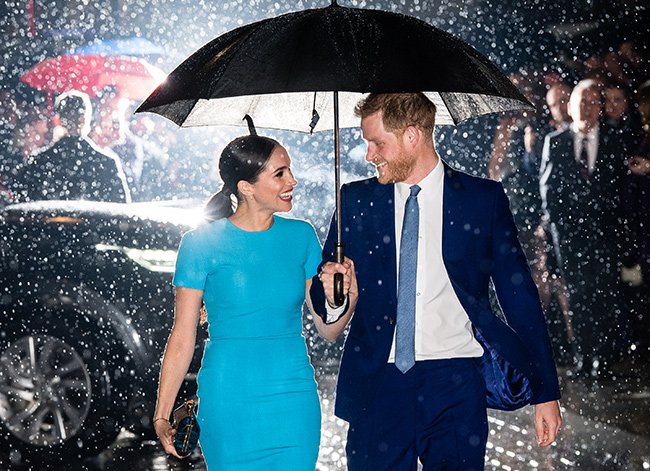 The couple also wrote in praise of Dr Ngozi Okonjo-Iweala for the publication’s annual list of Most Influential People, who became the first woman and the first African to lead the World Trade Organization.

To mark Harry’s birthday on Wednesday, the Queen, the Prince of Wales and Duchess of Cornwall, and the Duke and Duchess of Cambridge all shared touching photos and messages on their social media accounts.