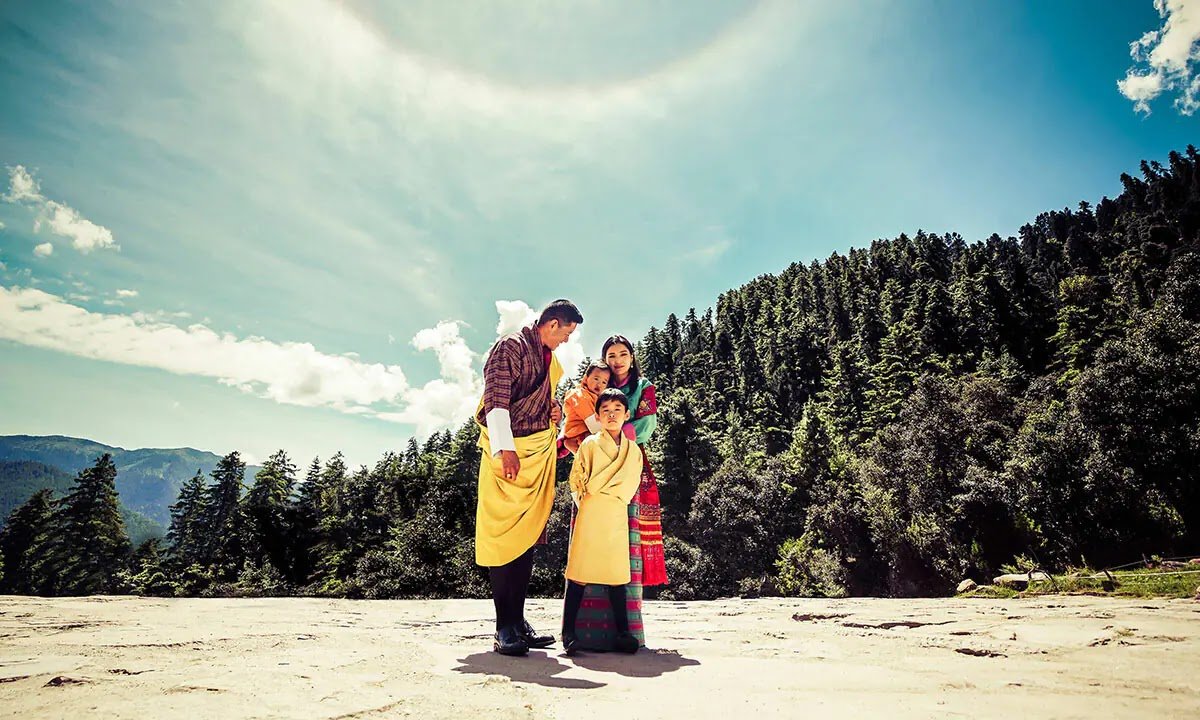 The couple married on 13 October 2011 at Punakha Dzong, with a ceremony held in Punakha, followed by a public celebration in Thimphu and Paro. The scale of the royal wedding celebrations in Bhutan was unprecedented and media came from all over the world to cover it.

In a country where public displays of affection between couples are not commonplace, the king spoke openly of his love for his wife. He delighted guests at their wedding by giving her a kiss on the lips. “I was very proud of her,” he said after the elaborate ceremony. “She is a wonderful human being.”

A decade on, the couple now have two sons. The king and queen’s first child, Gyalsey Jigme Namgyel, was born in February 2016 with his name announced two months later.

Their second son, Gyalsey Ugyen Wangchuck, arrived in March 2020, with the couple releasing a series of adorable photos to mark his first birthday earlier this year. 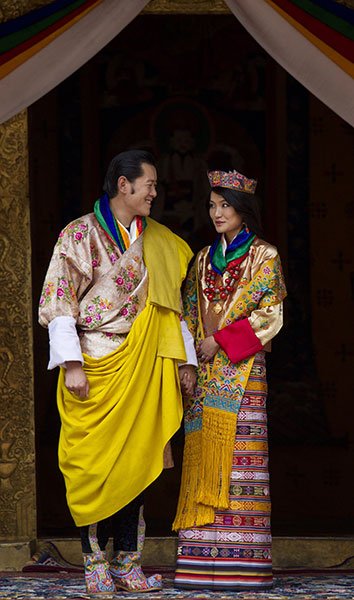 After his father Jigme Singye Wangchuck abdicated the throne in his favour in December 2006, Jigme Khesar Namgyel Wangchuck became monarch and his public coronation was held on 1 November 2008.

The Bhutan royals aren’t the only ones to mark a milestone wedding anniversary in 2021.

The Duke and Duchess of Cambridge marked ten years of marriage in April with new portraits and a family home video. Prince William‘s cousin, Zara, also celebrated her tenth anniversary with her husband Mike Tindall in July.