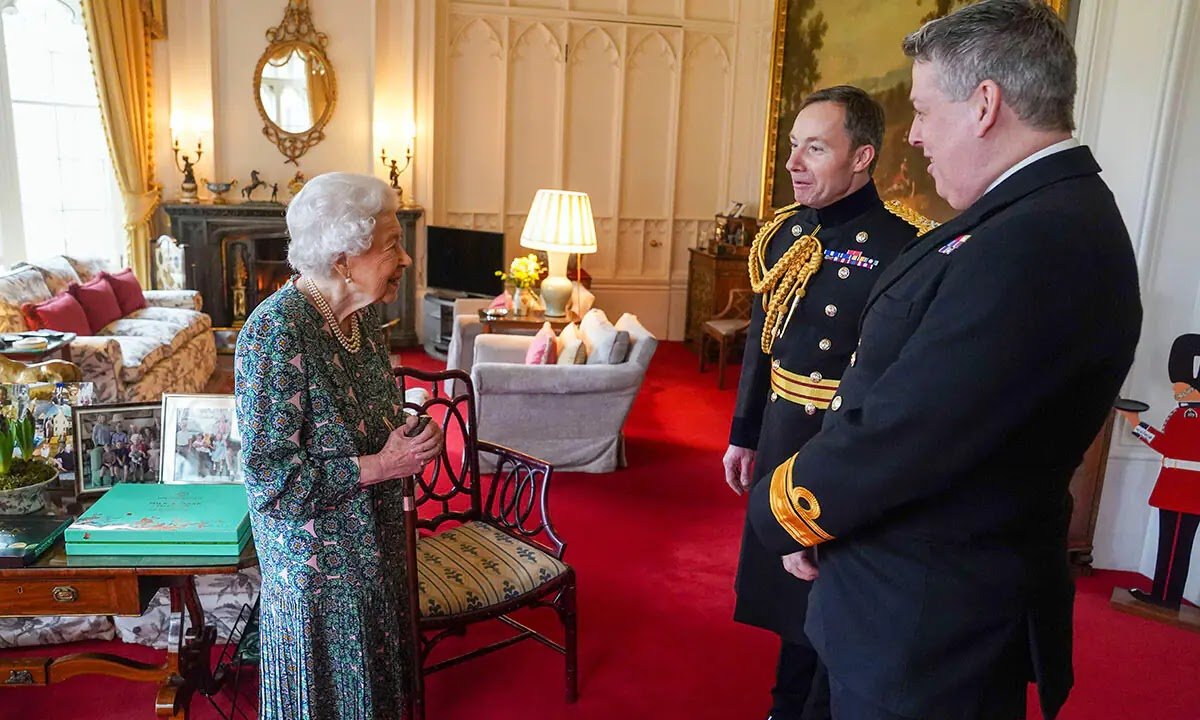 A new photograph of the Queen with her great-grandchildren has been spotted on display at Windsor Castle.

The monarch, 95, carried out her first in-person engagement at her Berkshire abode on Wednesday after celebrating her Platinum Jubilee on 6 February.

The sweet new portrait of the royals on a console table behind the Queen and appears to show Her Majesty holding Mike and Zara Tindall‘s baby son, Lucas, who was born in March 2021.

The tot’s older sisters, Mia, now eight, and Lena, three, look to be sitting either side of their great-grandmother, with their cousin, Prince Louis, also three, next to Mia on the end of the sofa.

Standing behind them appears to be the Queen’s youngest granddaughter, Lady Louise Windsor, 18, along with four more of her great-grandchildren – Prince George, eight, Isla Phillips, nine, Princess Charlotte, six, and 11-year-old Savannah Phillips.

The portrait looks as though it was taken at the Queen’s Scottish residence, Balmoral, during her summer break.

The same blue sofa features in a 2018 photograph of the monarch and her late husband, the Duke of Edinburgh, surrounded by seven of their great-grandchildren.

Last October, Mike revealed on his podcast, The Good, The Bad & Rugby, that he and Zara had taken their children to see the Queen at her Balmoral estate.

“We went up to Scotland, so we’ve had a good family vacay through August, which was quite nice with the kids,” he said.

The Cambridges and the Wessexes were also among the royal family members to spend time in Scotland last summer, and the Queen is said to have enjoyed a picnic with some of her great-grandchildren at Glen Muick.