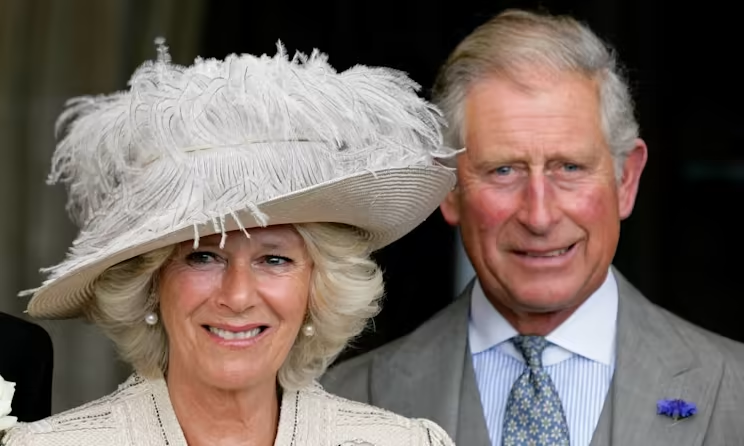 Prince Charles and the Duchess of Cornwall celebrated 17 years of marriage this spring, having tied the knot on 9 April 2005.

The couple will no doubt have delighted royal watchers as they shared a previously unseen photo of the special occasion to the official Clarence House Instagram account on Sunday.

The image featured Camilla with her dad, Major Bruce Shand, who sadly died in 2006.

In the photo, the pair smiled and stood arm-in-arm on the big day. It was part of a post that featured the caption: “Wishing everyone a very happy Father’s Day!”

The post also included a black-and-white photo of Charles with his late father, the Duke of Edinburgh and a third photo showing the heir to the throne with his sons, Prince William and Prince Harry, when they were children.

Charles and Camilla tied the knot in a civil ceremony at Windsor Guildhall in Berkshire, followed by a service of blessing at St. George’s Chapel at Windsor Castle.

The latter event was attended by the Queen and Prince Philip, who also hosted a reception for the newlyweds at Windsor Castle later that day.

War hero Bruce was a loyal supporter of his daughter, and famously refused to comment on her relationship with the Prince of Wales, telling the press in the 1990s: “The best policy, on the whole, is to keep our traps shut.”

Earlier this year, Camilla attributed her love of reading to her late father.

The couple on their wedding day in 2005

Speaking about her hobby as she appeared in a video for her online book club, the Duchess of Cornwall’s Reading Room, the Duchess said: “I think it certainly came from my father, he was probably the best-read man I’ve come across, anywhere. I mean, he devoured books.

“And so he read to us, as children. He chose the books and we listened. And I think… the love of books was ingrained in us, because, you know, it was there from such an early age.”