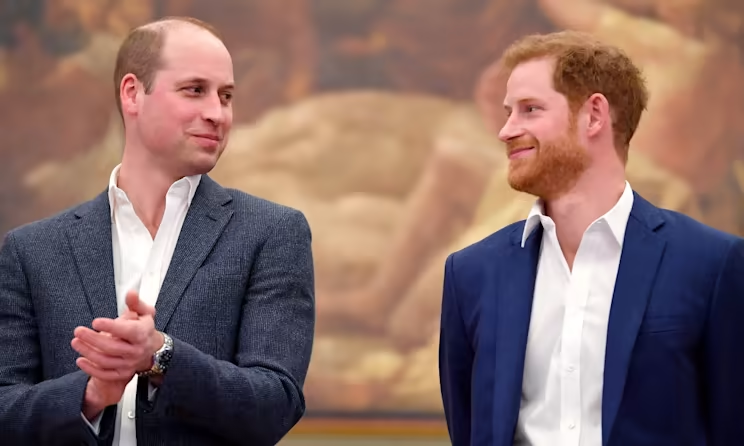 Prince William and his younger brother Prince Harry now live almost six thousand miles away from each other but this Sunday they will be enjoying a rare joint celebration as both the UK and US honor Father’s Day.

Both countries celebrate the fathers in the world on the third Sunday of June and the pair will spend the day with their families – William with his wife the Duchess of Cambridge and their three children, and Harry with his wife, Meghan, and their two children.

They often share new family pictures with royal fans on the big day, and in 2021 the Cambridges released a video honoring fatherhood and the video featured a never-before-seen photo of William with his adorable three children taken at Kensington Palace after 2019 Trooping the Color.

The video included four pictures honoring fatherhood including one of William and Harry with their father Prince Charles when they were young boys.

In 2020 Kate photographed her husband and children who were seen playfully clambering on top of their father as he lay grinning on the ground.

For Harry, this will be the second time he celebrates the day as a father of two; Harry and Meghan welcomed their daughter Lilibet just two weeks before the special day in 2021.

The family of four live in Montecito, California, two hours north of Los Angeles and it will also be their second time celebrating in the US. They may share family pictures with fans, as they did in May 2019 to celebrate US Mother’s Day where they shared a gorgeous photo of their then newborn son Archie’s feet.

In 2020 they spent Mother’s Day with Meghan’s mother Doria Ragland and in 2021 Meghan made a very special gesture in honor of the big day.

Los Angeles organization Harvest Home took to Instagram to share their delight that the Duke and Duchess of Sussex’s foundation, Archewell, was working with Procter & Gamble donating “diapers, cleaning supplies, and other essential items” to the non-profit, which helps pregnant women and their children.