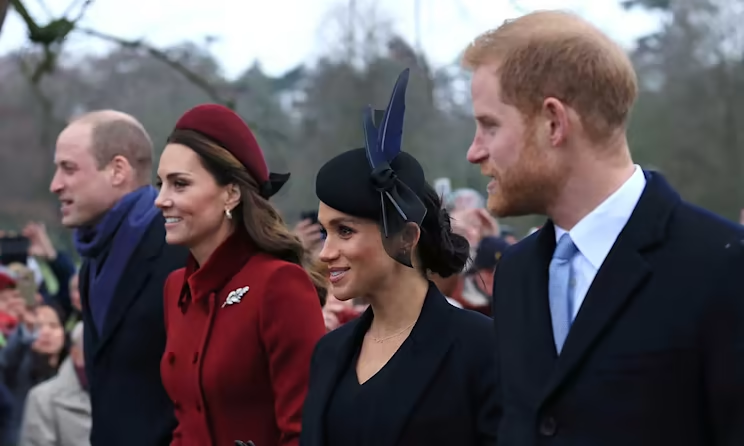 The Duke and Duchess of Cambridge finally reunited with Prince Harry and Meghan Markle after the couple flew into the UK for the Queen’s Platinum Jubilee celebrations this week.

Royal fans have been eager to catch a glimpse of the ‘fab four’ together and now they’ve finally gotten their wish – sort of. Kate and William took to Instagram to share several photos from Her Majesty’s Service of Thanksgiving on Friday, and one of those featured Harry and Meghan!

Among images from inside St Paul’s Cathedral, the royal couple posted a wide group shot that saw members of the royal family, including Harry and Meghan, sitting in the pews listening to the service.

Captioning the photos, Kate and William penned: “Today we gave thanks for Her Majesty The Queen’s inspirational service to our country and the Commonwealth over the past 70 years.

“At Guildhall we also spent time meeting Governors-General, inspiring individuals and the people who make our communities what they are.”

Harry and Meghan did not attend the reception, however. The reason is likely to be that since they stepped back from their roles as senior working members of the royal family in 2020, they have wanted to keep a low profile.