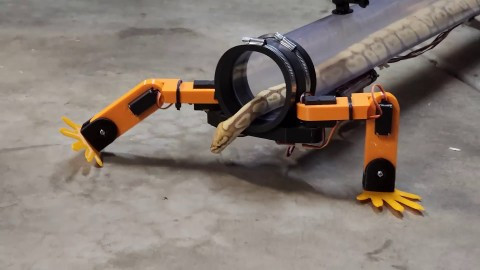 A self-confessed snake-loving engineer, Allen Pan has built a robot for snakes that enables the reptile to ‘walk’ .

To date, there has never been any evidence of snakes with four legs appearing in the natural world. Scientists were at first excited in 2015 when a promising fossil was discovered, but it turned out to be a lizard

Due to his love for snakes, Pan went to a local pet shop to learn how snakes should walk by observing lizards.

He then constructed a tube-based housing with four mechanical legs that allow the snake to hop aboard and let the robotic limbs do the walking.. 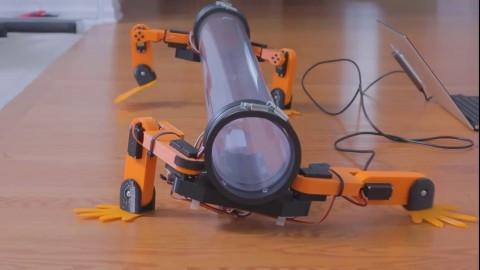 In order to test his work, Pan went to the home of a local snake breeder to find a reptile he can fit into the robot. 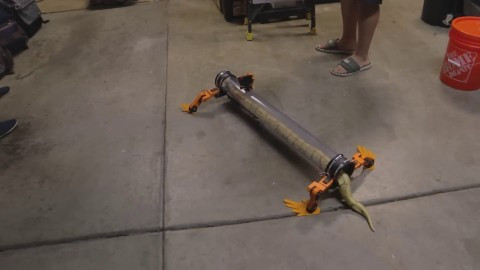 ‘When any other animal has deformed legs, humanity comes together to spit in God’s face, and we build that animal awesome new cyborg legs,’ Pan tells the camera in a video that has picked up over 2.5 million views on YouTube in just two days.

‘But nobody loves snakes enough to build them robot legs. Nobody except for me. Snake lover: Allen Pan.’

A study published in 2016 pointed out that some snakes, like pythons, do retain the tiny vestiges of legs as two small bumps on either side of their pelvis.