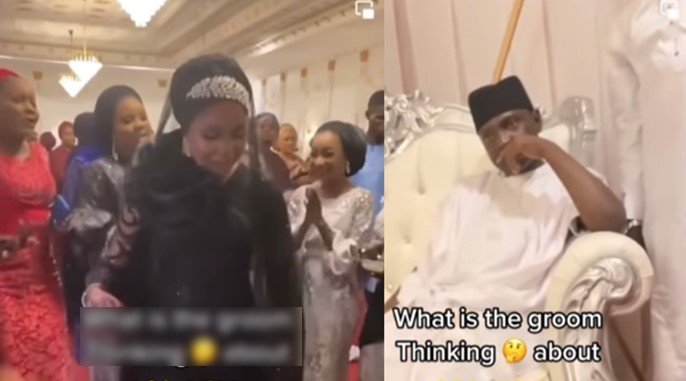 A video circulating online shows a Nigerian man being lost in thought during his wedding reception which was fun-filled.

His bride could be seen displaying amazing moves on the dance floor while being cheered by her friends.

However, as she was having fun, her groom was spotted thinking deeply that it raised questions about what may be going through his mind.

He looked in her direction but his mind had apparently drifted far away, and interestingly, his wife did not even notice anything was off about him because she was so involved in her dance routine.

callmedamy; He never expected it

justemmanuel__; Abi I no go run leave this one?