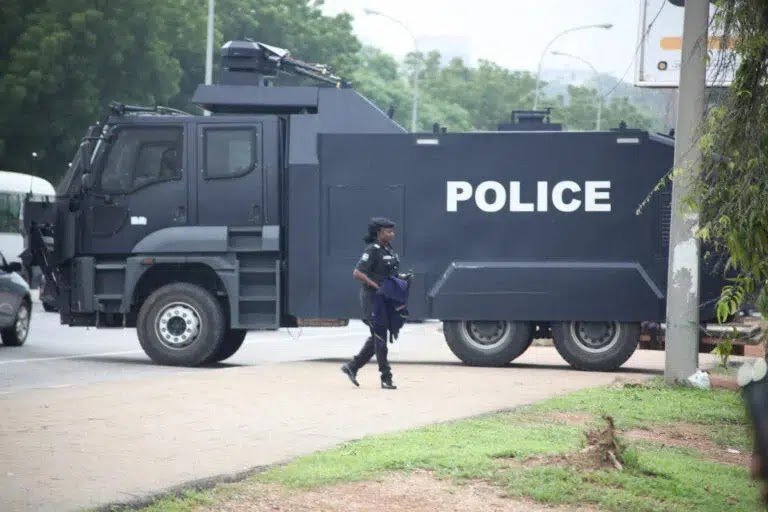 The incident reportedly occurred on June 19 at about 10.45 a.m in Ibadan.

The command’s spokesperson, Adewale Osifeso, paraded the suspect alongside eight others on behalf of the state Commissioner of Police, Adebowale Williams.

Williams said that the suspect murdered the victim to avoid paying back the money the deceased loaned to him.

He also revealed that he stole the vehicle used as collateral for the loan after killing the deceased.

The suspect confirmed to newsmen that he committed the murder, adding that he pushed the deceased to the wall during an argument and the man died instantly.

He said: “This is the sixth vehicle I used as loan collateral with the man who ended up selling it when I was unable to pay the loan and the balance was given to me.

“I don’t want to lose this last vehicle and I approached the man to return part of the money he loaned to me, but the man refused to collect the money.

“This resulted in an argument between me and the man and I pushed him to the wall which led to his death and I took the car away.”