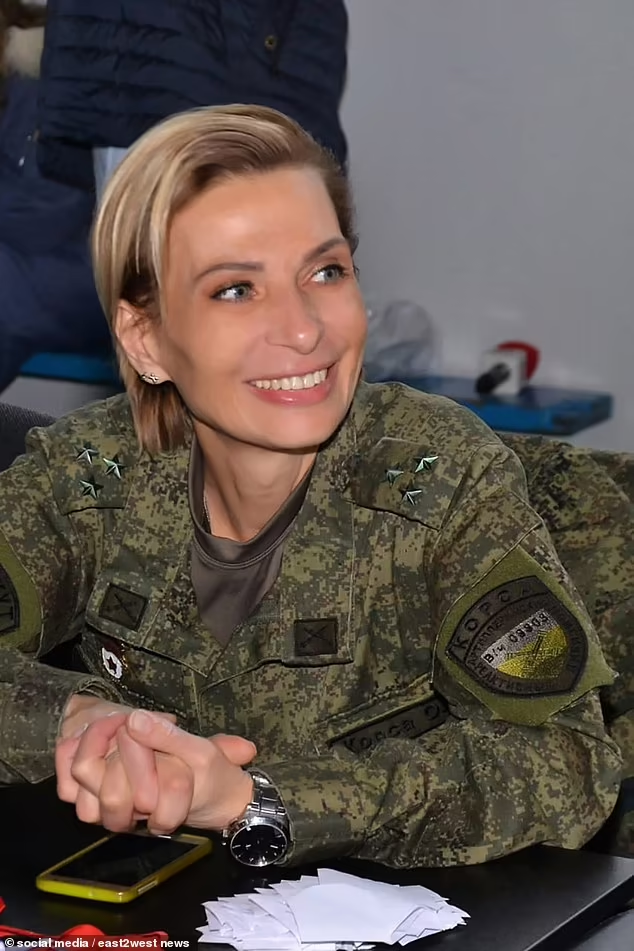 A Russian female commander who boasted about how she enjoyed killing Ukrainians and whose troops fired on civilians in the Donbas region has been killed in a missile strike.

Lieutenant Colonel Olga ‘Kursa’ Kachura, 52, was killed instantly after a Ukrainian missile hit her car as she was driving in the city of Horlivka, in the Donetsk region of Ukraine.

Kachura, who is Russia’s first female officer to die in the war in Ukraine, was a colonel of a rocket artillery division that shelled civilians in the Donetsk People’s republic.

Her unit fired on civilians in the Donbas region and Kachura later boasted that she enjoyed killing Ukrainians in interviews on Kremlin propaganda channels.

Kachura, a Ukrainian native who worked in the Horlivka Police department, reportedly defected to the pro-Russian side in 2014 after Putin fomented a rebel uprising in the Donbas.

She would often disguise herself as a member of regular Ukrainian forces to commit war crimes in order to discredit them, according to Ukraine’s armed forces.

‘(Kachura was) guilty of the shelling of the cities of Donbas and the deaths of civilians,’ Ukrainian journalist Denis Kazanskyi said. ‘In Ukraine, she was sentenced to 12 years in prison in absentia.’

She becomes one of the latest Russian high-ranking officers to be killed in Ukraine amid the Russian president’s brutal ongoing invasion of the country, which has seen Ukrainian forces put up a fierce defense of their country.

Kachura is the 97th known officer to have been killed in Putin’s war in Ukraine.

Putin granted Kachura the posthumous Hero of Russia honour – the Kremlin’s highest award – ‘for her courage and heroism shown in the performance of military duty’.

Margarita Simonyan, the head of the sanctioned RT network, said: ‘Legendary Korsa died in Horlivka… May she rest in peace…

‘The Chief [Putin] awarded Korsa the title of Hero of Russia. That’s how it’s supposed to be. These are our common heroes.’