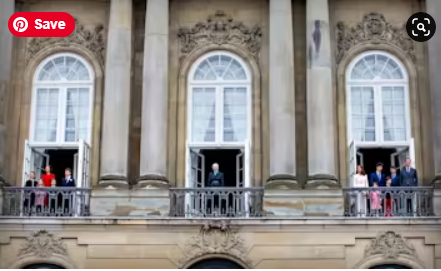 As of 1 January, the Queen has ruled that Prince Nikolai, Prince Felix, Prince Henrik and Princess Athena will have their royal titles removed. She added that the royal children will be styled as Count/Countess of Monpezat.

Despite the drastic change, Queen Margrethe has confirmed that all four royal children will maintain their places in the order of succession.

The Danish Royal Court said in the statement that “The Queen’s decision is in line with similar adaptations that other royal houses have implemented in different ways in recent years.”

In the press release shared on Wednesday, the royal family’s director of communication said: “With her decision, Her Majesty The Queen wishes to create the framework for the four grandchildren to be able to shape their own lives to a much greater extent without being limited by the special considerations and duties that a formal affiliation with the Royal House of Denmark as an institution involves.”

The Queen’s update comes after she tested positive for COVID-19 last week after she made an appearance at Queen Elizabeth II’s state funeral.

According to the royal court, the 81-year-old was forced to cancel her planned winter holiday in Norway which she should have started last Wednesday.

The royal, who has reigned for half a century, reportedly suffered from mild symptoms during her isolation period at Fredesnborg Castle.

Queen Margrethe II and Crown Prince Frederik were among royals and government leaders from across the world to take part in the historic occasion. The Danish royals were spotted on the front row, directly opposite King Charles III and Queen Consort Camilla.