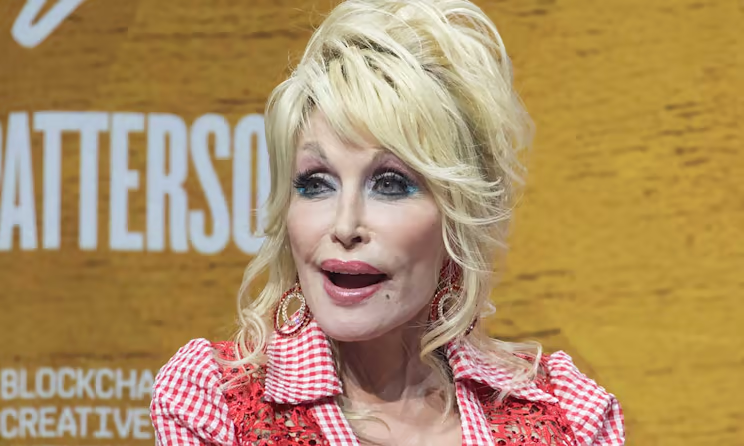 The country music singer took to Instagram to share a touching tribute to the late monarch alongside a surprising photo of them during a meet and greet in London in 1977 after Dolly performed for Her Majesty.

“I had the honor of meeting and performing for Queen Elizabeth II on my trip to London in 1977,” Dolly wrote. “She carried herself with grace and strength her entire life. May she Rest In Peace. My thoughts and prayers are with her family at this time. Love, Dolly.”

The accompanying photo saw Dolly beaming widely as she stood by Queen Elizabeth, but it was Her Majesty’s facial expression that caught the attention of the 9 to 5 singer’s fans.

Queen Elizabeth appeared caught off guard in the black and white image and didn’t look like she was making eye contact with Dolly.

Fans were quick to react and loved the cheeky snapshot, with many suggesting the monarch was distracted by Dolly’s appearance.

One replied: “What she looking at??” followed by a crying with laughter emoji, to which another fan responded: “What everyone else looks at…” Another joked: “Queen getting a cheeky look,” and a fourth added: “My eyes are up here, lol.”

Queen Elizabeth II passed away peacefully at Balmoral Castle on September 8 aged 96. She was Britain’s longest-reigning monarch in history and was head of state for 69 years.

Announcing her death, Buckingham Palace said in a statement: “The Queen died peacefully at Balmoral this afternoon. The King and The Queen Consort will remain at Balmoral this evening and will return to London tomorrow.”

King Charles III, who automatically became King following his mother’s death, addressed the nation on Friday evening, paying tribute to his “beloved mother”, who he called “an inspiration and example to me and to all my family”.

He signed off his emotional speech with a tribute to his late mother and father, saying: “To my darling Mama, as you begin your last great journey to join my dear late Papa, I want simply to say this: thank you.

“Thank you for your love and devotion to our family and to the family of nations you have served so diligently all these years. May ‘flights of Angels sing thee to thy rest’.”

Dolly Parton And Victoria Beckham Both Say They Stay Tin By Always Eating Small Portions And Only Eating About Five Bites. Is That Wise...

Dolly Parton, 75, says she doesn’t have ‘time to be old’ and admits she’ll ‘look as young’ as her plastic surgeon allows