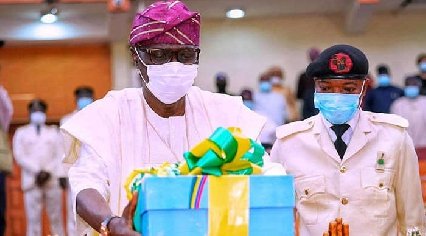 The governor of Lagos state, Gov Babajide Sanwo-olu has presented the budget for 2023 to the house of assembly. The budget of N1.69 trillion is referred to as the ‘budget of continuity’ and it was presented to the National House of Assembly on Thursday 27th of October 2022.

Gov Sanwo-Olu addressed the lawmakers in the national house by restating his demand for a new formula of revenue sharing. He went further to explain that Lagos state should be treated and accorded a special status, describing the state as a ”national asset”.

The fact that Lagos state had become a settling point for several people from other states has made the state unhinged, and thus increased the pressure on social services served as a good argument to drive home his point that Lagos should be seen and regarded as a national asset.

These were the words of the Governor himself as he presented the budget.