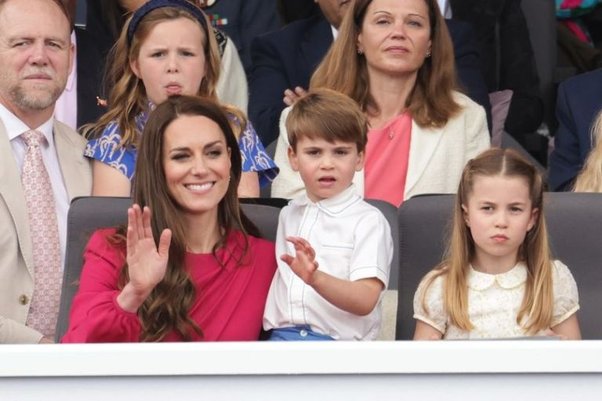 At times royal children can be a little cheeky, as we recently saw with Prince Louis’ behaviour at the Platinum Jubilee celebrations. Prince George, Princess Charlotte and Prince Louis usually, tend to behave impeccably when appearing in public with their parents.

But all kids can be mischievous sometimes, royal or not. They have even been reported to take after their dad Prince William, who was known as ‘Your Royal Naughtiness’ as a child, reports OK! And so to keep her little ones in check, mum Kate is said to use certain code words.

She is known to say “let’s take a break” in place of “calm down”, according to The Sun, which lets the kids know that they need to behave and may mean some solo time to do an activity like reading or a puzzle. The Cambridges will use this technique in private or public settings.

Dr Rebecca Chicot, founder of Essential Parent and author of The Calm and Happy Toddler, explained: “It’s very hard for any parent to have to parent in public. She seems to be good at making warm contact ‘touch to the head’ which is a nice connection.

“She gets down to their level to talk to them but let’s them be children. She has a lovely balance of sensitivity and gentle boundaries. She doesn’t expect them to behave like little adults and knows that children go through perfectly natural stages like tantrums.”

Explaining that Kate is “sensitive” and “warm”, the expert continued: “This is called an authoritative style of parenting that is now encouraged. This is compared to an autocratic parenting that was encouraged in some circles in Victorian times (e.g. children should be seen and not heard).”

Alice Haynes, deputy head of the Early Years programme at the Anna Freud Centre, added her own advice. “When my son has a temper-tantrum, I try to put into words how I think he might be feeling in a slow and calm and gentle way,” she said.