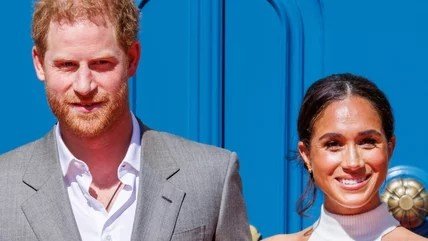 The Duchess of Sussex has created a new animated series for Netflix called ‘Pearl’. Archewell Productions, the company formed by Harry and Meghan, said in a statement that the programme will center on the adventures of a 12-year-old girl who is inspired by a variety of influential women from history.

The series will be produced by Meghan, and she said in a statement that she is “thrilled that Archewell Productions…will bring you this new animated series, which celebrates extraordinary women throughout history.”

The announcement comes after the Sussexes struck a deal with Netflix after they quit their royal duties and moved to California last year.

As part of their deal with the streaming giant, the couple planned to make documentaries, docu-series, feature films, scripted shows and children’s programming.

But reports indicated that the lucrative deal may have rubbed the Queen and Prince Charles up the wrong way.

The two senior royals were said to be unhappy that they were not consulted about the Netflix deal.

Australian royal correspondent Natalie Oliveri said the couple’s arrangement with the streaming giant has landed them in hot water.

She said: “It sounds like Harry and Meghan are in hot water again. It all comes down to this Netflix deal, worth £112m and the issue here is how Netflix has been portraying the royal family.”