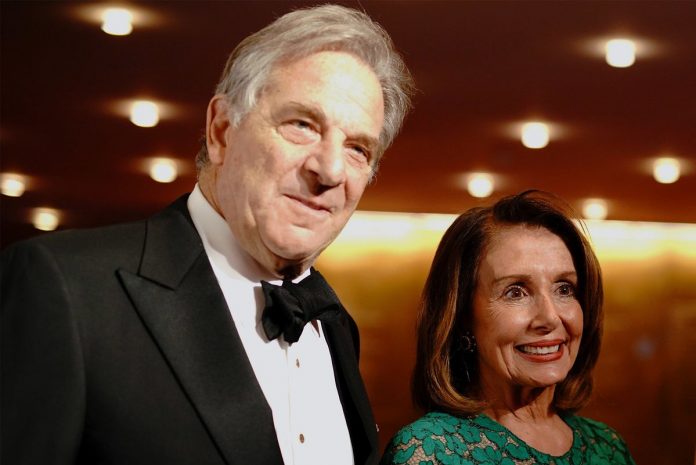 California, San Francisco – The assailant was searching for the House speaker, shouting, “Where is Nancy, where is Nancy?” before assaulting Paul Pelosi.

The intruder entered into the property of the House speaker, shouting, “Where is Nancy, where is Nancy?” before assaulting 82-year-old Paul Pelosi, a source briefed on the attack told CNBC.

Early Friday morning, the husband of House Speaker Nancy Pelosi, was violently assaulted with a hammer by a man who broke into the couple’s home when the House Speaker was away from San Francisco.

David DePape, the attacker who is 42-year-old is being charged with attempted homicide, assault with a deadly weapon, elder abuse “and several other additional felonies,” San Francisco Police Chief William Scott said at a news conference later Friday.

Both men – victim and accused were taken to the hospital for treatment, Scott said, adding that police are still investigating DePape’s motive.

He was booked Friday afternoon in San Francisco County Jail.

Paul Pelosi was rushed to hospital where he underwent a successful surgery to repair “a skull fracture and serious injuries to his right arm and hands,” Pelosi spokesman Drew Hammill said in a statement later Friday.

William Scott confirmed that when the police arrived at the scene a 2:27 a.m. PT, the officers saw the suspect and Paul Pelosi both holding a hammer.

Paul Pelosi, Nancy Pelosi’s husband has called 911 from a bathroom after the assailant broke through a back door and police officers arrived so rapidly that they witnessed the two men struggling over a hammer in the entryway before the assailant gained control of it and struck Mr. Pelosi.

DePape pulled the hammer away from Pelosi and violently assaulted him with it before being tackled to the ground by police, Scott said.

The president called Nancy Pelosi on Friday morning to “express his support after this horrible attack,” the White House said in a statement, adding that Biden “continues to condemn all violence, and asks that the family’s desire for privacy be respected.”

It’s not the first time the Democratic House speaker, also 82, has been targeted with threats:

December, 2021. Cleveland Meredith, 53 – a North Carolina man, was sentenced to 28 months in prison after pleading guilty to threatening to shoot Pelosi.

And in April, Florida man Paul Hoeffer, 60, was sentenced to 18 months in prison for phone calls in which he threatened to behead Pelosi and Rep. Alexandria Ocasio-Cortez, D-N.Y., another frequent target of criticism from the political right.

Both Paul and Nancy Pelosi have made headlines for their investment activities, after the House speaker said she opposed legislation that would ban members of Congress from owning individual stocks, though she later reversed her stance on the stock trading ban.