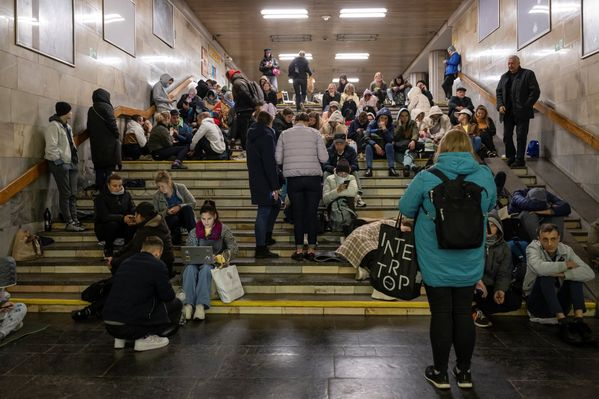 Missile blasts were heard in Ukraine’s capital, Kyiv on Monday October 31, and around the country, after Moscow blamed Kyiv for an attack on its Black Sea fleet and pulled out of a deal to allow Ukrainian grain shipments out of the Black Sea.

Russia and Ukraine are the world’s biggest grain exporters, and a Russian blockade of Ukrainian grain shipments caused a global food crisis earlier this year before the United Nations and Turkey intervened setting up an agreement which allows Ukraine to send grains to different parts of the world while Russian and Turkish inspectors monitor the ships to see if they transport military hardware.

Following Russia’s announcement on Sunday, that it will halt its part of the UN brokered deal alleging attacks on its Black sea fleet in a Crimean port with 16 drones on Saturday, missiles rained on Ukrainian cities Monday morning.

“Don’t justify these attacks by calling them a ‘response’. Russia does this because it still has the missiles and the will to kill Ukrainians.”

“Russia is not interested in peace talks, nor in global food security. Putin’s only goal is death and destruction.”

Ukrainian President, Volodymyr Zelenskiy accused Russia of “blacmailing the world with hunger” by pulling out of the food export deal negotiated by the United Nations and Turkey.

Among vessels held up was one carrying tens of thousands of tonnes of wheat, chartered by the U.N. World Food Programme for an emergency response in the Horn of Africa, Zelenskiy said in an overnight address even as Ukraine’s infrastructure ministry said a total of 218 vessels were “effectively blocked”.