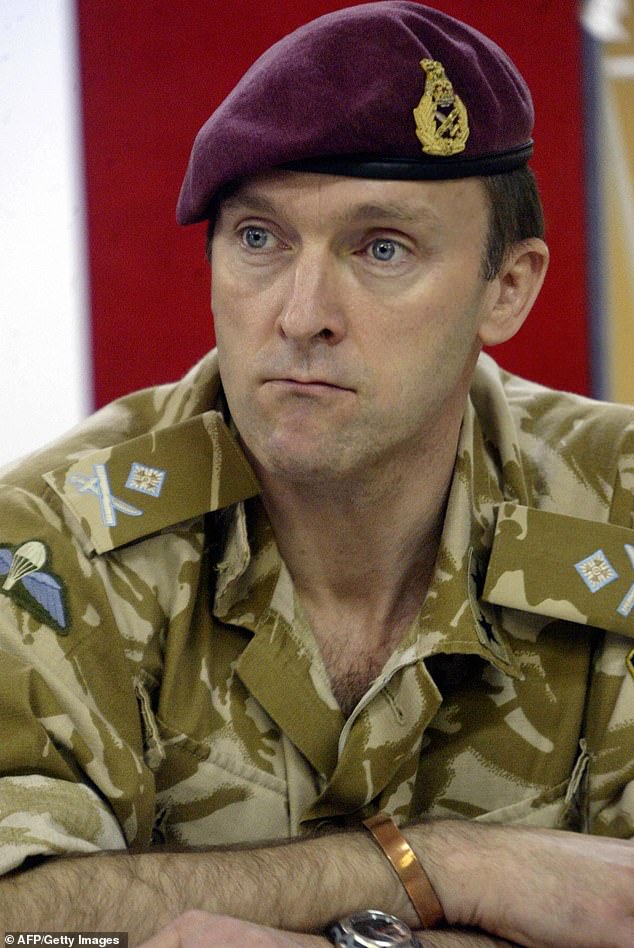 The UK should expect Vladimir Putin to use nuclear weapons as he faces inevitable defeat in Ukraine, a senior British military commander has suggested.

Retired Major General Jonathan Shaw said there is not much more the Russian president can do given the failure of his conventional forces.

His startling warning came as Ukraine’s advances continued yesterday, particularly near the southern city of Kherson, where Russia’s front line has collapsed, according to sources on both sides of the conflict.

Dozens of towns and villages were liberated within hours of the withdrawal of Russian forces, said to be cut off from their supply lines.

Yesterday, the Royal Navy confirmed that a frigate had been sent to the North Sea to protect gas pipelines.

Retired Major General Jonathan Shaw, pictured in 2007, said there is not much more the Russian president can do given the failure of his conventional forces.

NATO is also understood to have warned its members that Russia could soon test a nuclear warhead.

Sightings of a ‘nuclear train’ near Moscow have raised concerns. It is said that he belongs to the secret 12th main directorate of the Russian Defense Ministry, which is responsible for nuclear weapons.

Posting images of the train may be a Kremlin propaganda stunt.
Armored vehicles, including one with a cannon, were seen aboard the train heading north from the Russian capital. His fate was unclear last night.

It is one of several developments that suggest the Kremlin is preparing to escalate the conflict.

There are also fears that Russia could launch the Poseidon, a nuclear-capable torpedo drone, from a submarine. The tests are expected to take place in the Kara Sea, between Siberia and the Arctic.

As Deputy Chief of the UK Defense Staff, Major General Shaw was responsible for maintaining the military component of Britain’s nuclear deterrence. He said: ‘Putin has nowhere to go. So we should expect nuclear weapons.