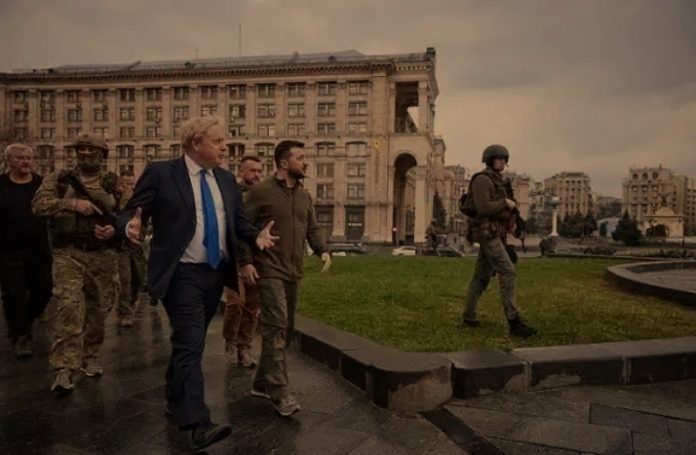 Since the beginning of the war, Elite SAS Special Forces units have been present in Ukraine, as have the American Deltas.

These forces are renowned for their skills in covert surveillance, close-combat fighting and hostage rescue, the men from UK Special Air Service (SAS) have served during the Gulf War, Iraq, Sierra Leone and also in Afghanistan.

They are credible commanders that have history of “came, saw and conquered”.

British SAS and American Delta Force coming together to prepare Ukraine’s force is the beginning of little help they can afford to Ukraine as a way to favour democracy.

They are there to mitigate the attacks of Russian on the ground of Ukraine since they are skilled in counter-terrorism and conducting global special operations.

Not as hired machineries but as military advisers to train Ukraine forces in sabotaging and sniping tactics towards building an elite fighting force in Ukraine.

The presence of British SAS and American Delta Force members in Ukraine has only added emphasis to the need to continue to expand longstanding generational relationships across eastern Europe.

It is important that there are international partners that will work together, bleed together, and sweat together.

Ukraine belongs to international partnerships and the presence of British SAS and American Delta Force in their country is one of the benefits there is to enjoy.

Preston Hammon; U.S. Special Operations Command Europe has confirmed that U.S. special operators remain in Ukraine in an advisory training role, as have the British SAS. And of course, it is obvious that they excel at the roles already.