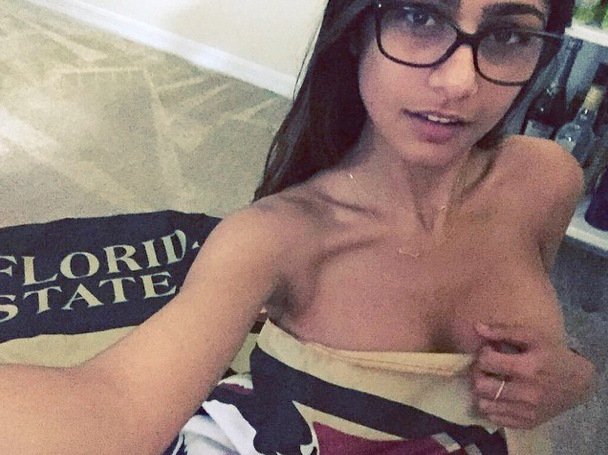 Who is Mia Khalifa? Mia Khalifa had quite an experience during the Stanley Cup playoff and literally got more than she bargained for.

Mia Khalifa was watching a Stanley Cup playoff game earlier this year when a 180-gram disc hit her. The former adult entertainment star revealed that the incident ruptured her left breast implant and left her feeling like ‘blood was running everywhere’.

However, she kept the disk as a treasured souvenir that she believed could be traveling at 80 mph. While the combination may not have been the best experience for Mia, she revealed that she plans to have surgery early next year for the ruptured implant.

Speaking about the incident, Mia added that her ‘left breast is a little saggy now and I’m going to get it fixed next year’.