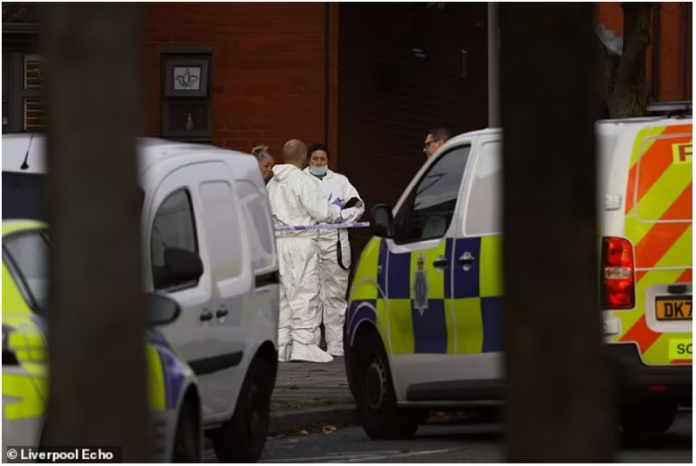 A British woman in her 60s has been mauled to death by at least two dogs inside a home.

Police said officers were called to a property on St Brigids Crescent in Vauxhall, Liverpool, where a woman in her 60s had been attacked by dogs at around 4.25pm on Monday, October 3.

Firefighters from Merseyside Fire and Rescue and paramedics from North West Ambulance Service were also called after the attack.

Detective Inspector Gavin Mulcahy said: ‘We understand the shock that this incident will cause in the local community and beyond.

‘Our officers are at the scene carrying out further enquiries so if you have any information please let us know.’