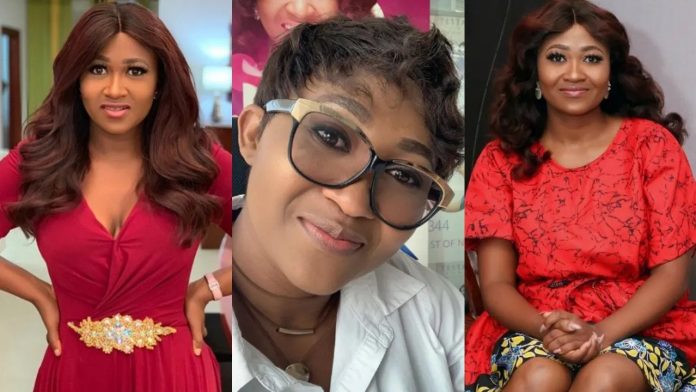 In a post shared on her Instagram page, the actress cautioned women planning to date men who will return home from abroad during the Christmas holidays.

Noting that many of the returnees are not what they claim to be, Mary recounted a personal experience with a returnee who had a “weird accent and pocket full of lies”.

She said the man told her that he run a big law firm in London, but she saw him years later in a barber shop in the UK and he couldn’t look her in the eye.

The actress further stated that a British or American accent was not a measure of intelligence or success and sapa was a universal thing everyone experienced.

Mary wrote, “Chai! Xmas don reach o I remember that year when an Area Bros came back from Jand with a weird accent and pocket full of lies. ‘I run a big law firm in London’ I wasn’t into him cos his ‘yarns’ were inconsistent. And despite the ‘supposed’ BLOW, he wasn’t smart.

“Well, I saw him at a barber shop in London a few years later and he couldn’t even look at me. The shoes didn’t lie. UK is real. Well, I said a prayer for him. Hope he is OK wherever he is.”

“Moral lessons. £10 is now 10k. So be careful with IJGB this Christmas. ‘I wanna gonna’ is NOT a measure of one’s intelligence or success📌📌

*Date who you truly like so you don’t feel deceived. *Sapa is a universal thing. E dey EVERYWHERE,” she added.