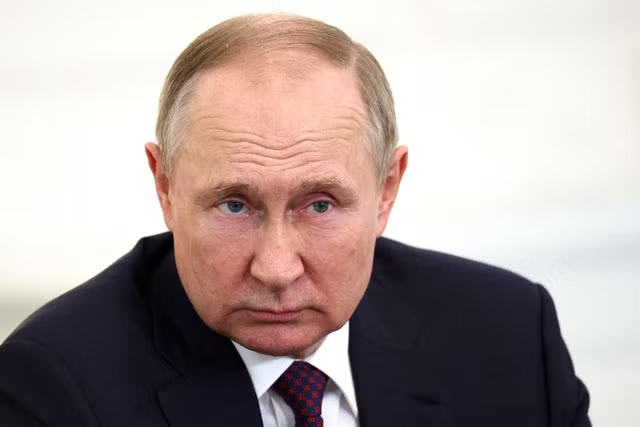 The huge sum, disclosed for the first time, dwarfs the amount targeted in all of the UK’s previous sanctions regimes, according to Mail Online.

More than 1,200 individuals, including oligarchs such as ex-Chelsea owner Roman Abramovich, generals and head of the Orthodox Church, have been hit with asset freezes and travel bans.

In addition, airlines and banks are among the 120 companies prevented from raising money in UK financial markets. And export bans on steel and technology have severely damaged Putin’s war machine, forcing the army to use Soviet-era tanks.

Trade restrictions have also been imposed on Russian goods such as caviar and vodka by the UK.

Russia’s economy is crumbling as a result of global sanctions, with its GDP predicted to fall by 6.2 per cent this year compared with pre-invasion forecasts.

The effects of the UK’s response to the invasion are disclosed today in the annual review of the Office of Financial Sanctions Implementation (OFSI) watchdog.

A total of £18.39 billion of Russian assets frozen under the UK’s sanctions regime were reported to OFSI between February 22 and October 29, the report reveals.

Economic secretary to the Treasury Andrew Griffith said last night: ‘We have imposed the most severe sanctions ever on Russia and it is crippling their war machine. To keep the pressure on Putin’s corrupt cronies we are more than doubling OFSI’s headcount.

‘Our message is clear: we will not allow Putin to succeed in this brutal war.’

‘He was wrong. We will continue to ramp up our sanctions to exert maximum economic pressure on the Russian regime until Ukraine prevails.’