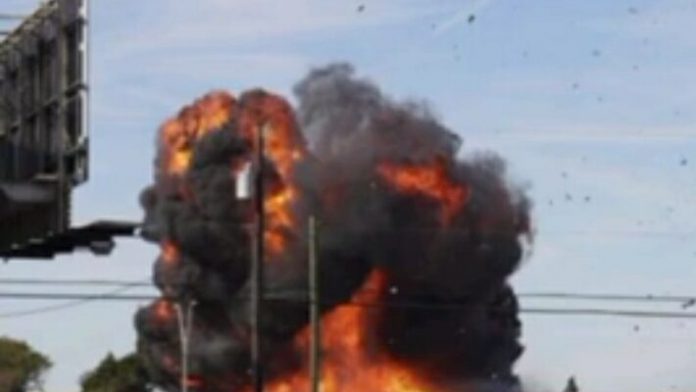 A Boeing B-17 Flying Fortress and a Bell P-63 Kingcobra was reportedly collided and crashed at the Wings Over Dallas airshow around 1:20 p.m. on Saturday.

In a Saturday afternoon news conference, Hank Coates, president and CEO of the Commemorative Air Force, told reporters the B-17 “normally has a crew of four to five. That was what was on the aircraft,” while the P-63 is a “single-piloted fighter type aircraft.”

“I can tell you that it was normally crewed,” Coates said. “I cannot release the number of people in the manifest or the names on the manifest until I’m released to do so by the NTSB.”

Southbound and northbound lanes of the highway were shut down after the incident, the Dallas Police Department said.

“This is not about the aircraft. It’s just not,” Coates said during the news conference. “I can tell you the aircraft are great aircraft, they’re safe.

They’re very well-maintained. The pilots are very well-trained. So it’s difficult for me to talk about it, because I know all these people, these are family, and they’re good friends.”

According to Coates, the individuals flying the aircraft in CAF airshows are volunteers and have a strict process of training. Many of them are airline pilots, retired airline pilots, or retired military pilots, Coates said.

It was reported that there were more than 40 fire rescue units on scene after the collision.

The number of casualties in the crash was still not confirmed later on Saturday afternoon, according to Dallas Mayor Eric Johnson.

However, the Allied Pilots Association, the labor union representing American Airlines pilots, identified two pilot retirees and former union members among those killed in the collision.

Former members Terry Barker and Len Root were among the crew members on the B-17 Flying Fortress during the Wings Over Dallas airshow, the APA said in a tweet.

The APA is also offering professional counseling services at their headquarters in Fort Worth following the incident.