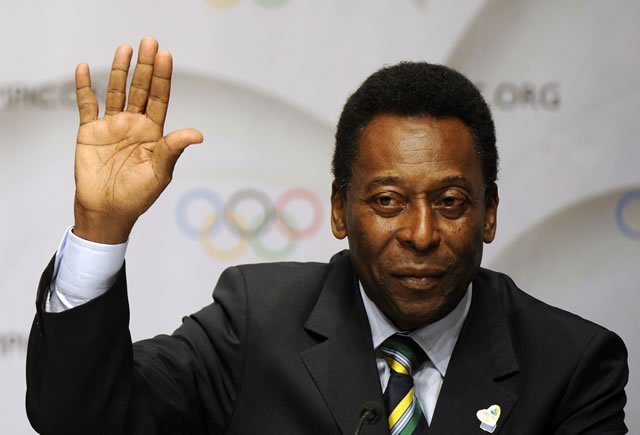 The legendary Brazil star, Pele, has reportedly been hospitalized in Sao Paulo with swelling all over his body.

Pele, who is reported to be currently undergoing treatment for metastatic cancer, was taken to the Albert Einstein hospital on Tuesday in an unscheduled visit, by his wife, Marcia Aokoi, and a carer, according to a report by Daily Mail.

His health deteriorated as he was diagnosed with anasarca (general swelling), and edemigemic syndrome (general edema) and a ‘decompensated heart failure.’

According to reports, Pele’s chemotherapy treatment on his cancer is no longer working, and he was also diagnosed with mental confusion.

The 82-year-old football legend is set to undergo a series of tests Wednesday for a further assessment of his health conditions.

They are also set to look at the likelihood of a hepatic encephalopathy, while Pele is also struggling to eat, according to Daily Mail.

While his medical team and Pele’s family are extremely worried about his condition, his daughter, Kely Nascimento, has insisted that there is no need for alarm as there is no surprise in her father’s hospitalization.

She posted on Instagram: “Lots of alarm in the media today concerning my dad’s health. He is in the hospital regulating medication.

“There is no emergency or new dire prediction. I will be there for New Years and promise to post some pictures.”

The hospital has not commented on Pele’s health, and while his wife Marcia did confirm the Brazil icon was in the hospital, she implied it is only for his standard chemotherapy and check-ups, according to Daily Mail.

How Lionel Messi CONQUERED Football, his countrymen in Qatar