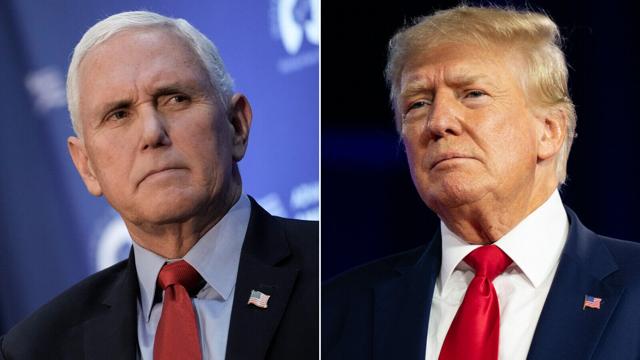 Former Vice President Mike Pence has revisited former President Donald Trump’s tweet he tweeted during the January 6, 2021, attack on the US Capitol and call it “reckless.”

Mike Pence also criticized Trump for being “part of the problem” that day. His statement came when he was asked on ABC News about Trump’s tweet during the attack that said Pence didn’t have the “courage” to unilaterally overturn the results.

Pence’s latest reaction is his strongest rebukes of his former boss to date.

In the wake of the January 6 riot — in which Trump supporters chanted to hang the then-vice president — he has occasionally criticized his former boss, most notably in February, when he publicly denounced Trump’s election lies.

“President Trump is wrong,” Pence said at the time, referring to the false claim that Pence, in his capacity as vice president, had the authority to unilaterally reject Electoral College votes. “I had no right to overturn the election.”

In the past months and years, Trump and Pence had occasionally found themselves in a proxy fight, supporting opposing candidates in Arizona, Georgia and Wisconsin.

Trump campaigned with a slate of candidates who have parroted his lies about widespread fraud in the 2020 election as Pence attempted to steer the GOP’s focus away from relitigating 2020 and toward traditional conservative policies.

Despite his differences with Trump, Pence is careful not to completely tear himself away from Trump.

“You know, what I can tell you is I have every confidence that the Republican Party is going to sort out leadership,” Pence said last month, adding that his focus was on the midterm elections.

Pence would be participating in a CNN town hall on Wednesday, the day after the release of his forthcoming autobiography “So Help Me God.”

The town hall, moderated by CNN Anchor and Chief Washington Correspondent Jake Tapper, will take place in New York City and is scheduled for 9 p.m. ET.