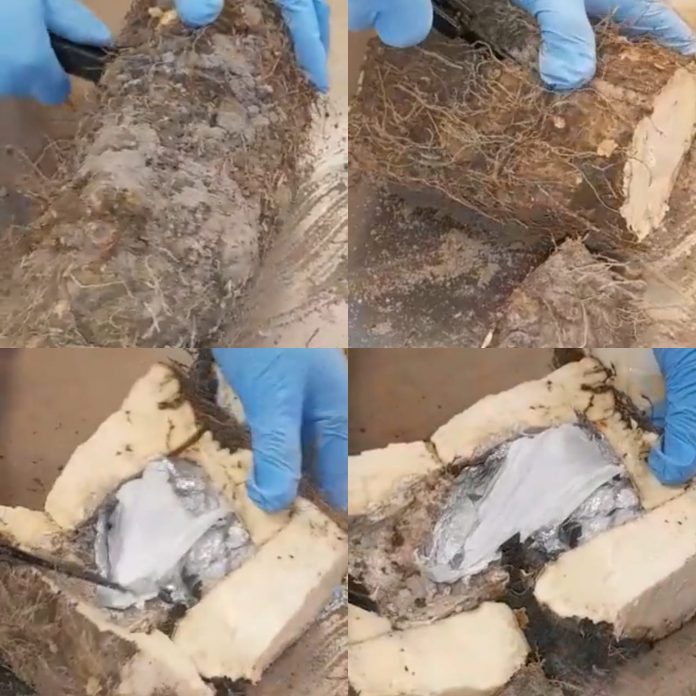 Operatives of the National Drug Law Enforcement Agency (NDLEA) have discovered wraps of illicit drugs concealed inside tubers of yam at Lagos Airport.

Femi Babafemi, NDLEA Spokesperson made this known via a video of the incident which he shared.

The video captures one of NDLEA operatives cutting the tuber of yam which was covered with clay before he uncovered the concealed hard drugs inside it.

The spokesperson has promised to give more details about the video in the agency’s statement on Sunday.