Emmanuel's Blog
Home News Crime News Man with ‘I’m a thief and an idiot’ tattooed on his forehead... 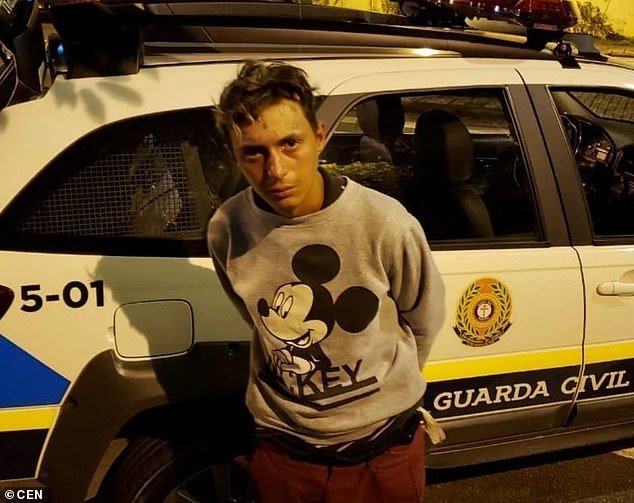 Ruan Rocha da Silva with ‘I am a thief and an idiot’ tattooed on his forehead is arrested for robbery on November 27 by the Municipal Civil Guard in Cotia, São Paulo.

If you are wondering how the ‘I am a thief and an idiot’ tattoo on his forehead came about: It happened when a tattoo artist and his neighbor caught him stealing a bicycle in June 2017.

People had previously donated to a crowdfunder for laser tattoo removal, but the ink is not fully removed yet.

According to local reports, police arrested him on November 27 after he broke into a house, but the occupants caught him and detained him.

When he was arrested, officers immediately recognized him by the now faded but still visible ink on his forehead.

After taking him to the police station, the agents verified that there was already an outstanding arrest warrant against him for robbery.

He told police he was sleeping rough and had smoked crack before stealing the property. He was held in the Cotia Public Prison, where he awaits trial.