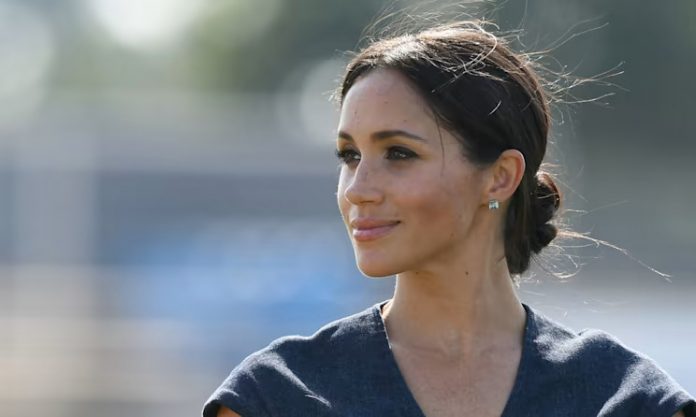 And it seems that during their stay, Meghan took on a secret personal mission to help those across the pond.

Meghan’s friend, Tyler Perry, revealed all on Saturday night when he told a story to a group of 800 guests gathered at Los Angeles’s Pacific Design Center to celebrate the annual Baby2Baby Gala, which raises money for children living in poverty.

Tyler spoke in detail about the global infant formula shortage – which hit the US worse between May and July.

According to Vanity Fair, he told guests that as families scrambled to feed their children, an employee had come up to him to ask for help.

Tyler then started to hunt for formula on their behalf but came up empty-handed. At that point, he said, he called Meghan and Harry, who were in the UK at the time, to ask if stores in the UK were also struggling.

He then revealed that he had been able to tell his employee that Meghan herself was going into stores on their behalf.

While Meghan and Harry very rarely share pictures of their children, they do frequently talk about them. And this week, the proud mum had another update to share with listeners on her Archewell podcast.

While in conversation with Jameela Jamil and Shohreh Aghdashloo, Meghan revealed that her two young children both “love vegetables”.

Given that Meghan is known to follow a healthy, balanced lifestyle and hails Los Angeles as the holy grail of health food in her now defunct lifestyle blog, The Tig, it only makes sense the apple doesn’t fall far from the tree when it comes to her children’s diets.

The Sussex children are growing up on Santa Barbara’s sun-drenched coastline in Montecito, where health-conscious residents are known to fuel their minds, body and soul with the town’s array of ultra-healthy restaurants and organic local produce.

Before Archie and Lilibet were born, Meghan’s makeup artist friend Daniel Martin told Gayle King: “I’m sure the baby’s gonna be raised like, definitely clean and green. Clean and green for the baby. She loves to cook. Eating organic whenever she can.”