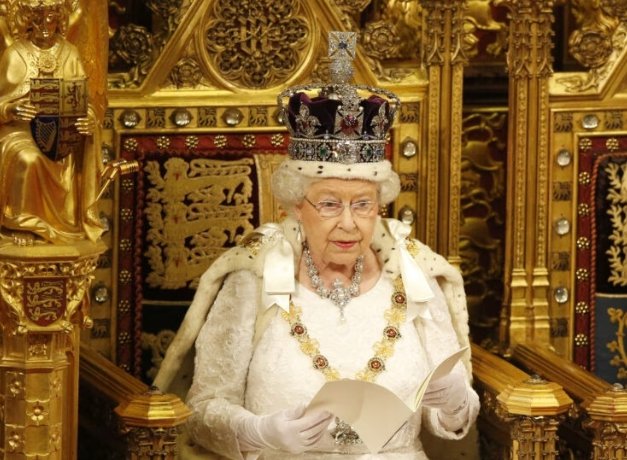 #CrownJewels; #Kohinoor started trending on Twitter in India as soon as the news broke that Queen Elizabeth II had passed away.

The legendary diamond, estimated at $400 million, is one of the many crown jewels that users claim were “looted” by the British monarchy during colonisation.

In 2016, the Indian Culture Ministry called for “all possible efforts” to return the Kohinoor diamond to India.

The Crown has never made any declaration or shared an intention to return the diamond, or any of its crown jewels.

Two of the jewels people are calling for to be returned are the Koh-i-noor diamond from India and the Great Star of Africa.

Their acquisition is steeped in controversy given the history of British colonialism.

Currently, the Imperial State Crown is rested atop the queen’s casket in Westminster Hall. The monetary value of the Great Star of Africa and the Second Star of Africa is also not known, though it’s imagined it would reach well into the tens of millions.

Britain came in to possession of the Koh-i-noor when the East India Company took the jewel from deposed ten-year-old Maharaja Duleep Singh in 1849.

It now adorns a crown created for Queen Elizabeth The Queen Mother to wear during her coronation as queen consort in 1937.

As a result of many foreign crown jewels in possession of Britain, it is said that Queen Elizabeth’s family have pillaged the world for centuries.

In her death, the queen is finally separated from the crown, orb and sceptre which symbolize power, royalty.

The same crown she proudly wore on her coronation day. They now belong the King Charles III.