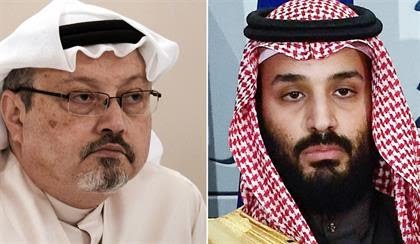 Khashoggi, a journalist who was a prominent Saudi critic was murdered at the Saudi consulate in Istanbul in October 2018.

In 2021, Biden declassified an intelligence report that found Prince Mohammed had approved the operation against Khashoggi, an assertion Saudi authorities deny.

This prompted the girlfriend of the deceased journalist to file a lawsuit against Prince Mohammed bin Salman.

According to the BBC, the complainant had accused Prince Salman and his officials of having “kidnapped, bound, drugged, tortured and assassinated the US-resident journalist and democracy advocate Jamal Khashoggi.”

In recent development, Saudi Arabia’s de facto leader, Crown Prince Mohammed bin Salman, has been given the US immunity from a lawsuit filed by the fiancée of the murdered journalist, Jamal Khashoggi.

The US State Department has determined that the Saudi Arabia Crown Prince has immunity due to his new role as Saudi Prime Minister.

At the time, US intelligence said it believes Prince Salman had ordered the killing, but now that he has assumed the role of Saudi Prime Minister, nothing will work against him.

Lamenting the loss of the suit to secure justice for the murdered journalist following the US determination, BBC quoted Khashoggi’s ex-fiancée, Hatice Cengiz, as saying on Twitter that

The Secretary General of Amnesty International, Agnes Callamard, reacted to the ruling and he was quoted as saying that