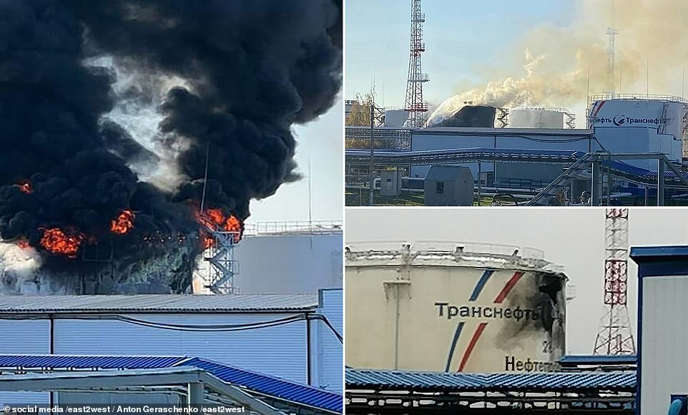 A suspected drone struck a tanker at an oil depot in the Russian region of Oryol on Wednesday, officials said.

Unverified images on social media showed what appeared to be a single rupture on the side of an oil storage tank, blackened by soot.

The logo of Russia’s state-controlled pipeline operator Transneft can be seen on the tank, which state television said was believed to be empty.

“At around 4 a.m. today (0100 GMT), a suspected drone blew up an oil depot in the settlement of Stalnoi Kon,” governor Andrei Klychkov said on the Telegram messaging app.

“There were no casualties. All operational services are working at the site,” he added.

RIA news agency later quoted an aide to the governor as saying that only the shell of an oil tank was damaged.

Stalnoi Kon, in the suburbs of the regional capital Oryol, is about 170 km (100 miles) from the Ukrainian border.