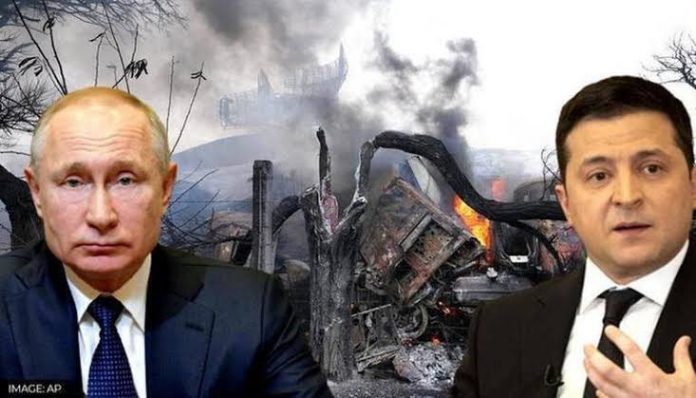 A new report claims that the United States is privately encouraging Ukraine’s president, Volodymyr Zelensky to drop his ban on talks with Russian president Vladimir Putin and negotiate an end to the war amid growing fears of nuclear war.

According to The Washington Post, US officials have said that the request by the Biden administration is not to push Ukraine to the negotiating table, but ensure Kyiv maintains the support of its international backers as Zelensky’s ban on talks with Putin has created concern in parts of Europe, Africa and Latin America, where the war’s effects are being felt the most.

Several nations are worried about fuelling a war for many years which has already taken a toll on the world economy and had devastating consequences on the cost and availability of food and fuel.

‘Ukraine fatigue is a real thing for some of our partners,’ one US official told The Washington Post.

It comes after a New York Times report said the US admitted it is ‘increasingly concerned’ over Moscow’s nuclear sabre-rattling after it emerged top Russian military officials discussed nuking Ukraine.

The report, which cited unnamed US officials, said Putin did not take part in the discussions, and there was no indication that the Russian military had decided to deploy the weapons.

Medvedev said on Tuesday, November 1 that Ukraine’s objective to reclaim all its territories occupied by Russia, which include the Donbas region and Crimea, would be a ‘threat to the existence of our state.’

That scenario, Medvedev said, would be ‘a direct reason’ to invoke nuclear deterrence.

Back in SeInptember, Jake Sullivan, President Joe Biden’s national security advisor, said that the US has warned Russia at ‘very high levels’ of ‘catastrophic consequences’ for using nuclear arms