Emmanuel's Blog
Home News World News When Ukraine wins this war and if Russia is pushed back to... 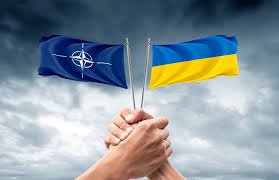 What brings about Russia invasion is because Ukraine is joining force with NATO, if Ukraine didn’t take the move, there is a strong belief that there would be no Russia-Ukraine war in the first place.

Ukraine joining NATO means Ukrainian will be safer while Russia would lose its stronghold. Russia feels threatened and it would be like NATO has invaded Russia if Ukraine go on to join the West Alliance fortress.

Ukraine knows where its best interests lie and it is not with Russia. NATO has already provided enormous assistance to Ukraine in this war to indicate the likeliest thing that would happen if Ukraine wins the war.

Prior to the Russia invasion, Ukraine has already started the application process to join the EU (European Union) with its defense provisions.

Brent Cooper believes Ukraine has recognized that the only countries attacked by Russian the last 20 years did not belong to NATO.

Ukraine has seen its much smaller neighbors like Estonia, Latvia and Lithuania be immune from attack because of their NATO membership.

Ukraine would need to win the war or cause Russia to sign peace treaty to realise its NATO dream because NATO naturally does not accept members that are already engaged in combat.