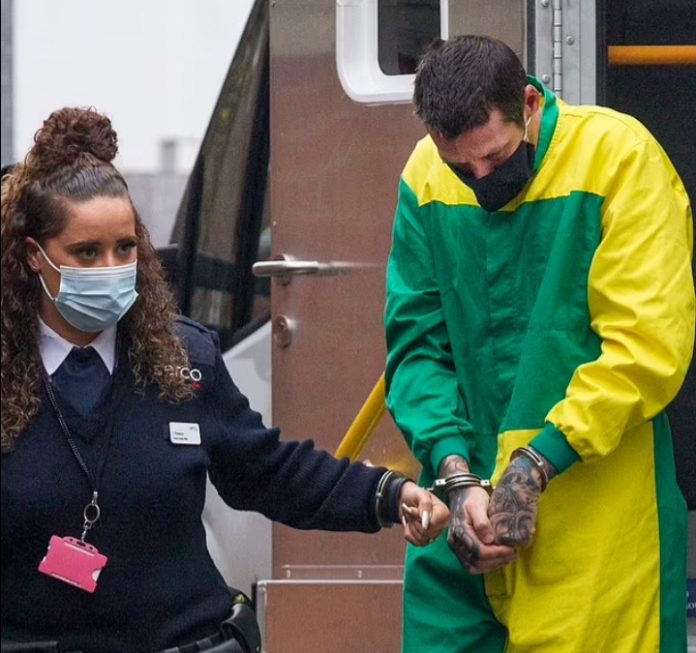 Brown killed Leah Ware in May and Alexandra Morgan at a farm in East Sussex. Court heard he put Ms Morgan head-first into a home-made incinerator.

Though, Ms Ware’s body was not found but prosecutors say he used a similar method. It has been confirmed that Brown tried to cover his tracks by collecting her prescriptions and using bank card.

Brown torched their bodies in an oil drum at a remote farm near St Leonards in East Sussex after meeting them through a sex work website.

Yesterday Judge Nicholas Hilliard, KC, appealed to Brown to reveal where Ms Ware’s body was as her distraught family said the killer ‘won’t allow her the dignity and respect of a proper burial or allow us to have the answers we so desperately need and deserve’.

Footage released throughout the trial shows one occasion where Brown, wearing a black hoodie, signed off on the prescription on Ms Ware’s behalf.

Detective Superintendent Andy Wolstenholme gave his analysis of the incident:

“He collected her medication regularly and also made financial transactions using her bank accounts,’ he said.

“Ms Ware had several mental illnesses and was prescribed medication to help her. She lived a transient lifestyle and the last time she contacted her family directly was to wish one of her children a happy birthday in March 2021.

“The 33-year-old also had a history of drug problems and was extremely vulnerable when she met Brown on the AdultWork website in March 2018.After splitting from a long-term boyfriend, she had stumbled into a series of abusive relationships and was using crack cocaine and heroin. With no job she turned to prostitution to fund her habit.

“A one-off transaction became a regular agreement between the pair and soon they were meeting socially.

“Ms Ware sought psychiatric help in the summer of 2018 but after being discharged Brown saw an opportunity. Preying on her vulnerability, he set her up in a flat in St Leonards and would visit regularly for sex.

“As the secret relationship developed, Brown became increasingly controlling of Ms Ware, asking who she was seeing and checking up on her.

“Later, Ms Ware was moved to a shipping container at the Little Bridge Farm, where she was kept as a modern sex slave. He would even padlock her into the barn while he was at work.”

It was recorded that Ms Ware sought psychiatric help in the summer of 2018 but after being discharged, Brown saw an opportunity to prey on her vulnerability.

It was in the shipping container police believe Ms Ware was murdered by Brown on the evening of May 7 last year.