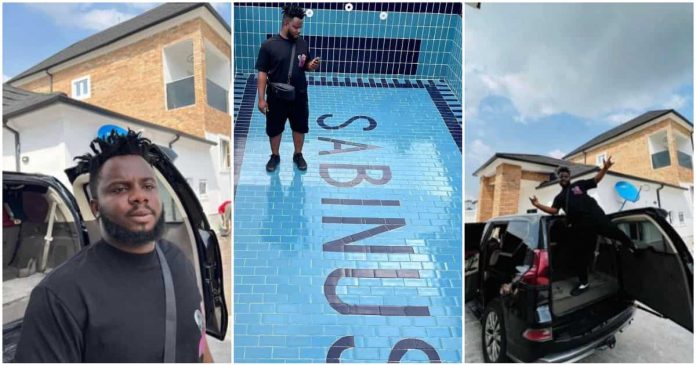 This comes several weeks after he crashed his vehicle after just purchasing it.

Sharing the good news with his fans, the comedian posted on his Instagram story, pictures and a video clip of the new house with a customized swimming pool.

Beneath the swimming pool, his character name “SABINUS” is written in black ink on a blue tiled surface.

He then posted a picture of himself posing at the boot of his newly acquired jeep.

Friends and fans have since been congratulating the skit maker for his latest feat.

Soon after the good news of the comedian’s new mansion went viral, it was claimed that he got it for N100 million and Sabinus was quick to debunk the claims.

In a post and video that later went viral, Sabinus noted that his mansion did not cost him N100m as was being claimed by others.