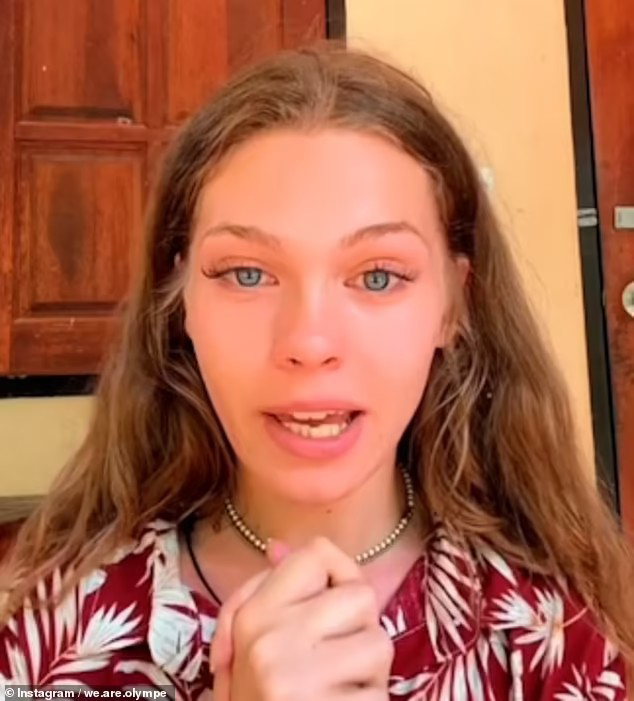 A French YouTuber who suffers from multiple personality disorder is trying to end her life at a euthanasia clinic.

The 23-year-old, who goes by the name Olympe, recently told viewers of her mental health channel that she was in contact with doctors in Belgium, where assisted suicide is legal. But Belgian doctor she approached said clinics are not ‘euthanasia dispensers’

The content creator suffers from dissociative identity disorder, a condition formed by trauma.

She reportedly lives with about 40 distinct personalities and initially said in a post on Instagram, ‘In the last quarter of 2023 I will have recourse to assisted suicide in Belgium.

She continues, ‘It’s not a debate. It’s my life. It’s a decision that I made which was difficult to take.’

Olympe said she could no longer manage the burden of her condition or its causes.

She said that these included sexual abuse and moving between various foster homes.

However, Belgian doctor Yves de Locht, who Olympe approached for euthanasia, said clinics were not “euthanasia dispensers”, and that the process can last many months or years before someone can access assisted suicide services.

He dismissed the claims that talks had progressed in an interview with Le Parisien. He said that the process could take months or years, and said that Belgium was tired of being coloured as a ‘death ward’ for France, where assisted suicide is illegal.

Doctor Yves de Locht said: ‘I haven’t seen her medical dossier but I’ve read her emails. She wants to meet me.

‘We do not refuse to meet (people like her) but we explain to them that the process can last months or even years.

‘This young woman has announced the end of her life at the end of the year. This date certainly doesn’t come from me. I need much more information before envisaging meeting her.’

Euthanasia – withdrawing or with-holding life-preserving treatments – is legal in Belgium, the Netherlands, Luxembourg, Germany and Spain.

Assisted suicide – giving the patient the means to end their own life – is illegal across most of Europe. While Switzerland permits assisted suicide, active euthanasia is not legal.

While illegal in France, a citizens’ council has begun debating the country’s approach to end of life care generally and the legal status of assisted suicide.

Recommendations will be presented to parliament in March this year.

In the United Kingdom, the act of assisting somebody else in taking their life is punishable by up to 14 years in prison.

This follows the controversial death of another 23-year-old suffering with mental health issues who chose to end her life in Belgium last year.

A neurologist later said the decision was premature, with options not yet fully explored, but claimed he was overruled by the woman’s mother.