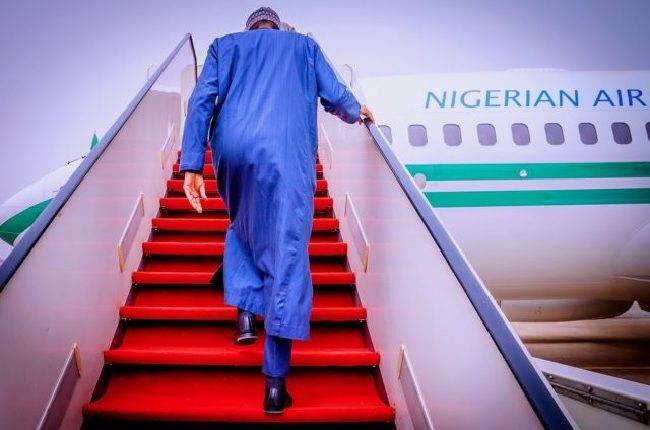 President Buhari will depart for the Islamic Republic of Mauritania on Monday January 16, to receive the ‘Africa Award for Strengthening Peace’.

A statement released by the Special Adviser to the President on Media and Publicity, Femi Adesina, stated that the award would be conferred on the President for his leadership role in promoting peace on the continent through regular interventions, counsel and conciliatory position.

The presidential spokesperson noted that the award was instituted by the Abu Dhabi Peace Forum in 2014 to proffer new ways to embrace inclusive citizenship and promote peace.

He added that the President will address the Third Forum of the African Conference for Peace, where he will deliver a speech on the African Peace Process.

Scarcity of cash: President Buhari meets with a delegate of Governors to resolve cash shortages

The Bishop Forgets Or Is Too Filled With Amnesia To Remember – Presidency Tackles Bishop Kukah Over Remark On Buhari’s Govt.