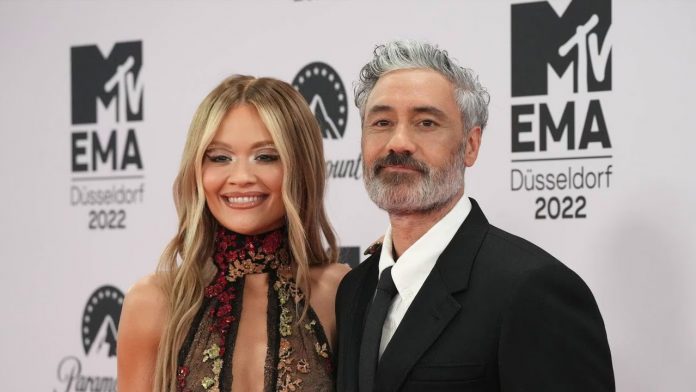 Rita Ora has responded to the “absurd” rumours she was in a “throuple” with her now-husband Taika Waititi and Tessa Thompson.

The singer was photographed in May 2021 cuddling and kissing the Kiwi director and Thompson in Sydney. Now in a new interview with British GQ, Ora has explained why she chose to keep silent on the rumours at the time.

“I just chose to not acknowledge that because it’s ridiculous,” she said. “I think when some things are so absurd, and it’s hard to fathom any sense of it, you just have to ignore it. I’ve taken that approach for a lot of things because you don’t want to put energy towards something that’s nonexistent. It’s like trying to explain something that didn’t happen means you’re feeding into nothing.”

Ora explained the moment by saying, “Have you ever been in a situation where you’ve had a lot of drinks and everyone’s your best friend? And then the next day you’re like, ‘I was talking to this person in the smoking area for four hours and I’ve got no idea who they are?’ Literally — that [photo] was just a bunch of friends having a good time.”

“They [Taika and Tessa] had a crazy schedule and everyone was letting loose,” she added. “I love that. Each to their own.”

But the singer was glad the moment proved to be meaningful for some of her fans, saying, “The good news, though, is that when I was on Twitter talking to my fans, all of my incredible LGBTQIA+ fanbases were like, ‘Actually — whether this is true or not — I’m so inspired that this is being normalized publicly.’ That made me really happy. You don’t know who it’s touching.”