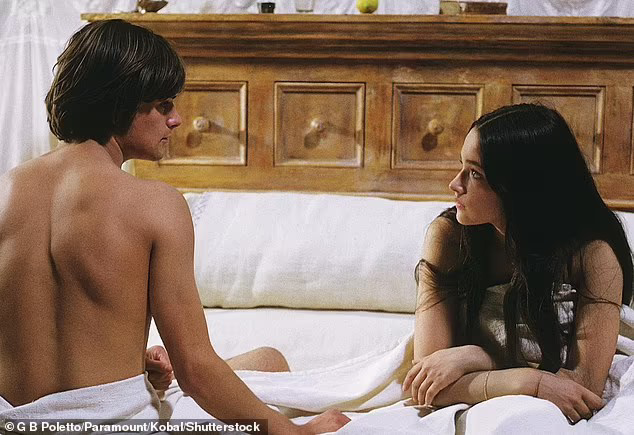 Olivia Hussey and Leonard Whiting, who played the titular roles in 1968’s ‘Romeo and Juliet,’ have sued Paramount Pictures for more than $500 million over a nude scene in the film shot when they were 15 and 16 respectively, new court documents show.

Hussey now 71, and Whiting, now 72, filed the suit in Los Angeles County Superior Court Friday alleging sexual abuse, sexual harassment and fraud after the nude scene was included in the film, despite alleged reassurance from Director Franco Zeffirelli nudity would not be shown.

Zeffirelli, who died in 2019, allegedly told the two young actors that they would wear flesh-colored undergarments in the bedroom scene and would use camera angles to obscure the nudity, the suit alleges.

According to the suit, the scene was shot on the final days of filming and ignored those previous assurances.

Whiting, who played Romeo, and Hussey, who played Juliet, said they were filmed in the nude without their knowledge, in violation of California and federal laws against indecency and the exploitation of children, the suit says.

The two stars said Zeffirelli told them they must act in the nude ‘or the Picture would fail,’ the suit said.

He also suggested their careers would be hurt, it added. So, the actors ‘believed they had no choice but to act in the nude in body makeup as demanded,’ the suit said.

The scene in question, which comes near the end of the film, briefly showed Whiting’s bare buttocks and Hussey’s bare breasts.

‘What they were told and what went on were two different things,’ said Tony Marinozzi, a business manager for both actors, according to Variety.

‘They trusted Franco. At 16, as actors, they took his lead that he would not violate that trust they had. Franco was their friend, and frankly, at 16, what do they do? There are no options. There was no #MeToo.’

Hussey and Whiting said they suffered emotional damage and mental anguish for decades and their careers did not reflect the success of the movie, according to the suit.

The film also cost Hussey and Whiting ‘a lifetime of loss of earnings and other employment benefits and job opportunities,’ according to the complaint.

‘All of a sudden they were famous at a level they never expected, and in addition they were violated in a way they didn’t know how to deal with,’ Gresen said.

The $500 million in damages the pair is seeking matches the amount the film has made since its release in 1968.

According to Variety, the actors’ lawsuit relies on a California law that temporarily suspended the statute of limitations on child sexual abuse claims.