Home News Viral News What is your opinion on the way Zelensky is handling the war... 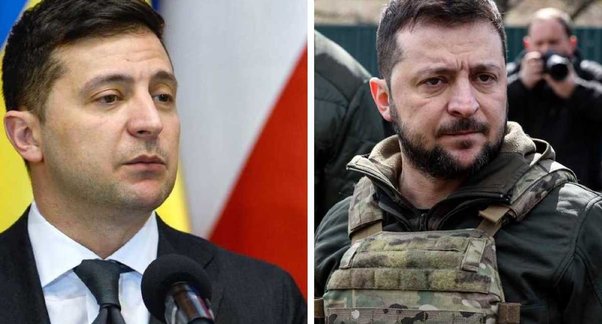 Zelensky works hard to save ukraine. Most leaders would of left asap with as many gold bricks as the plane can carry, Mike Chang said.

‘Zelensky did freak out the first night of the invasion but who wouldn’t? He has since been doing his best to give strength to his people.

‘Sell the war to the world to get help and gather support. He has been doing an amazing job. He is definitely a man above most others.

‘He must be working 18+ hours per day since the war started. He visits the front, goes to various cities, does all that presidential stuff.

‘Lots of interviews and speeches etc…I remember once a reporter asked him where he sleeps, he said different places every night.

‘Then they asked about his wife and daughter and he said he had not seen them in 18 days.

‘He is a great man who history will remember. Ukraine is lucky to have him. A former president gave up Crimea without a fight. That led to this invasion…. He has my respect,’ Mike concluded.

‘You can measure the man’s success by how much the people at Fox News hate him – and it’s a lot,’ Patrick Whittaker said.

‘Zelensky is planning a blinder of a game. Even if Russia eventually takes Ukraine, Russia has lost big time. Putin has been shown up for the cowardly thug he is.

‘The myth of his brilliance as a leader is shattered for all time. The Russian war machine has been exposed as an antiquated joke. Russian ambitions of building a new empire have been flushed down the crapper.

‘Economically and politically, I don’t expect to see Russia recover from what is one of the biggest military blunders in history – comparable to Napoleon’s invasion of Russia – in my lifetime,’ Patrick concluded.