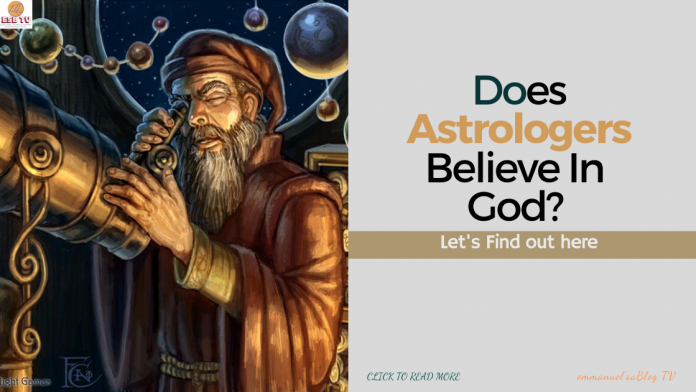 Astrologers are with the belief that a person’s destiny can be found in the pattern of the stars and planets at the time of one’s birth, and they stick with this belief all day long.

Does Astrologers Believe In God? NO!

Astrologers do not believe in God;

Astrologers would make use of horoscope to describe people’s destiny, not God’s Word.

Some people still find it against Astrologers who believe there is no God, yet they believe and draw their conclusions from God’s works: planets and stars often in combination with information on the person such as their birthday. Not known to these people that Astrologers believe that stars and other celestial bodies are naturally found- not the works of a God who is not real.

Though it is worth noting that some forms of astrology performed by astrologers posit that the stars manifest the divine will of a god or gods while others rely on a totally mechanistic universe.