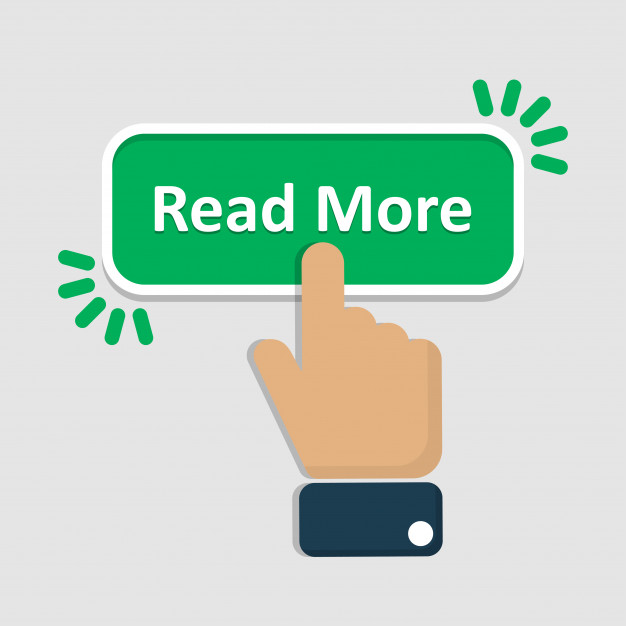 A 9-year-old girl has tragically died after her body began to rot following a “ritualistic rape” incident.

Habiba was allegedly raped by a 60-year-old chief in Edo state. According to Priscilla Usiobaifo, the founder of Brave Hearts Initiative, the chief confessed to the crime and begged for forgiveness but he fled the community when he discovered that the girl’s parents were bent on getting justice.

Habiba, who was raped on June 11, 2020, soon began rotting away. It began with her suffering seizures hours after the rape incident. Then she became unwell and her health continued to deteriorate, causing people to suggest that she had been raped for rituals.

She died last Saturday, August 29, while she was being transferred to a more advanced hospital where she was expected to get better care.

Ms Usiobaifo revealed that Habiba had become so deformed before her death that it was “extremely difficult” to recognize her.

The mother of the deceased is inconsolable and the suspect is still free. Police at the Igarra division in Akoko-Edo, Edo state, have reportedly made repeated attempts to capture the chief, all to no avail. 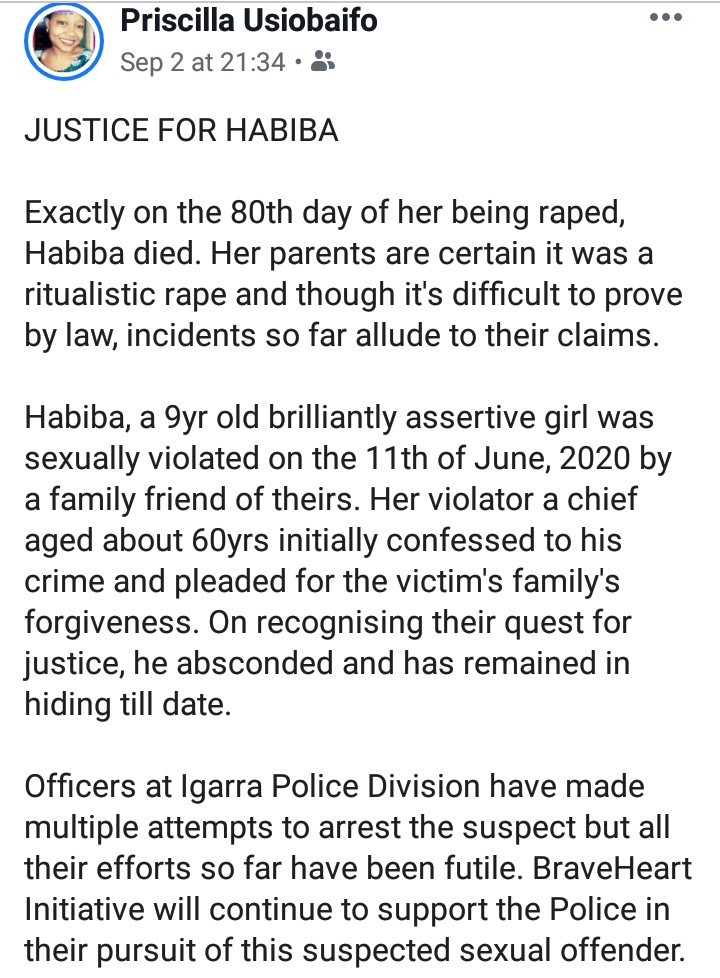 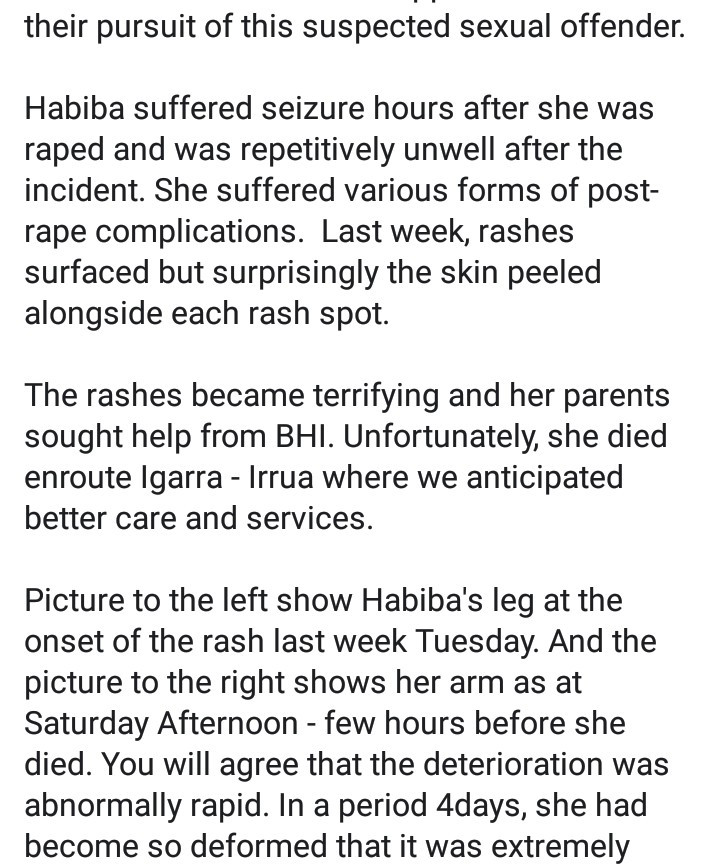 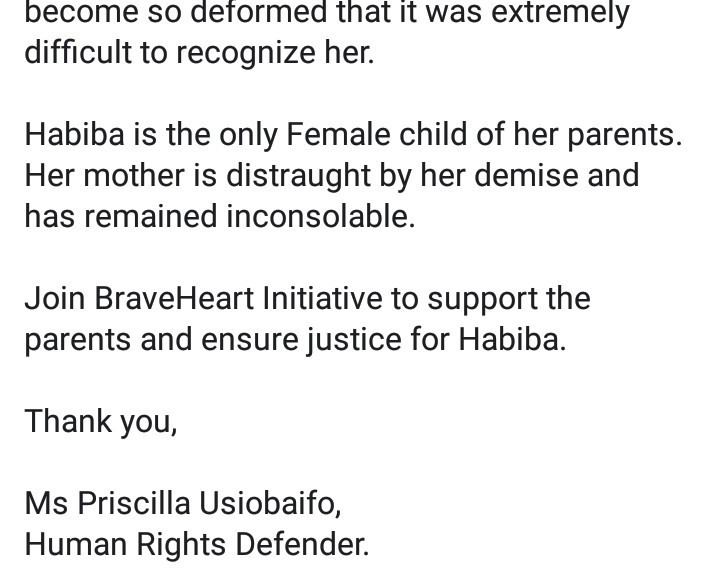