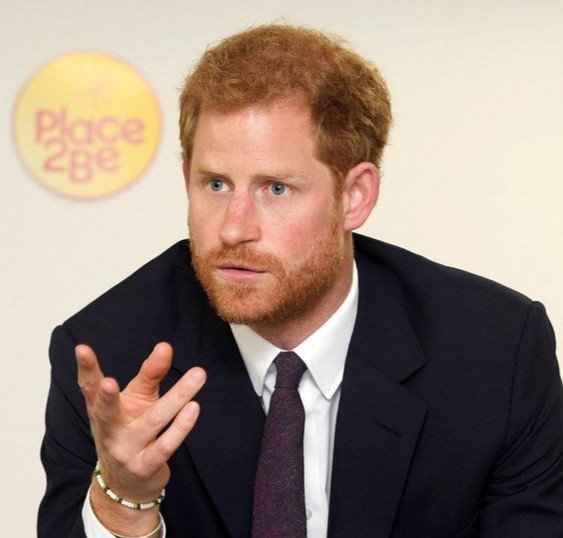 A lawyer has called for Prince Harry to be arrested after “breaking his promise” to marry her.

The lawyer, Palwinder Kaur, filed a petition with the Punjab and Haryana High Court in India claiming that the Duke of Sussex contacted her via social media and, after a long correspondence via email, proposed.

The lawyer has also demanded that the authorities in India issue an international arrest warrant so that the police and the United Kingdom could apprehend Harry and he could be forced to carry out his promise of marriage “without further delay”.

The petition is filed by the woman as the petitioner against “Prince Harry Middleton” among others.

In her petition, Ms Kaur states: “Prayer in this petition filed by the petitioner, who is an advocate is appearing in person, is to take legal action against Prince Harry Middleton son of Prince Charles Middleton resident of the United Kingdom and to direct the United Kingdom Police Cell to take action against him, as, despite a promise to marry the petitioner, the said promise has not been fulfilled.” 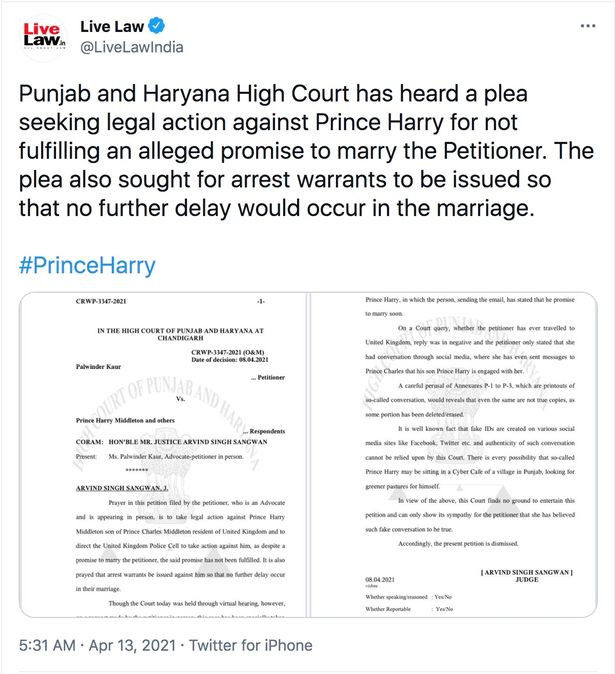 Questioned by the judge Mr Justice Arvind Singh Sangwan, she admitted that she had never been to the UK or met the Duke of Sussex in person, and all of their supposed contact had been over email and social media, Dailystar reports.

She added that she had reluctantly taken the step of demanding action from the court after also writing to Prince Harry’s father, Prince Charles.

Ms Kaur has apparently had no response from Prince Charles after she informed him that Harry was engaged to her but was not honouring his promise to marry her.

The court has rejected the application, saying it could not be proven that she had been speaking to Prince Harry.

“It is a well-known fact that fake IDs are created on various social media sites like Facebook, Twitter, etc, and authenticity of such conversation cannot be relied upon by this court,” Justice Arvind Singh Sangwan said.

“I find that this petition is nothing, but just a daydreamer’s fantasy about marrying Prince Harry,” he added.

“This petition, though very poorly drafted, both grammatically and lacking the knowledge of pleadings, speaks about some emails between the petitioner and Prince Harry, in which the person, sending the email, has stated that he promise to marry soon,” Justice Sangwan ruled in the Punjab and Haryana High Court.

However, he continued, “there is every possibility that the so-called Prince Harry may be sitting in a cybercafe of a village in Punjab, looking for greener pastures for himself”.