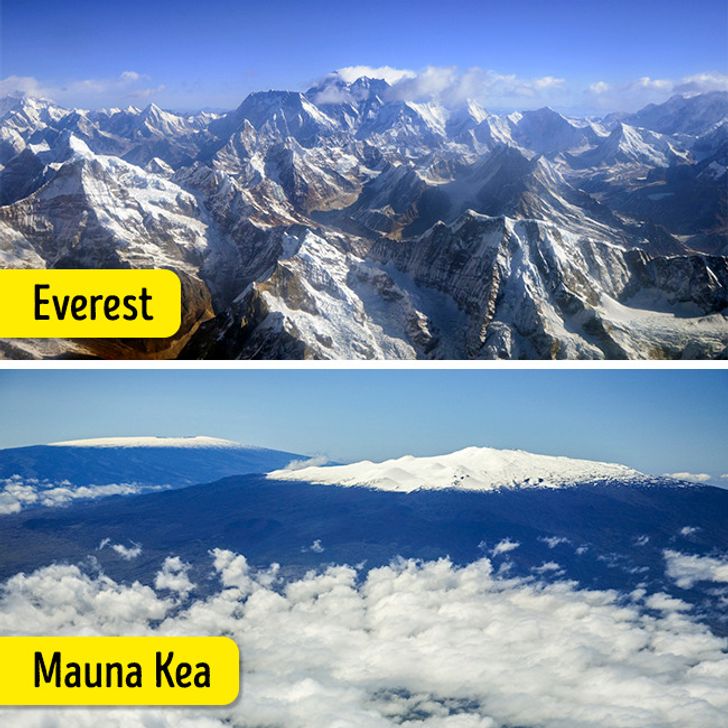 No matter how much we claim to know about the planet, there are still a lot of things we haven’t discovered yet.

1. Everest is not the highest mountain on the planet. 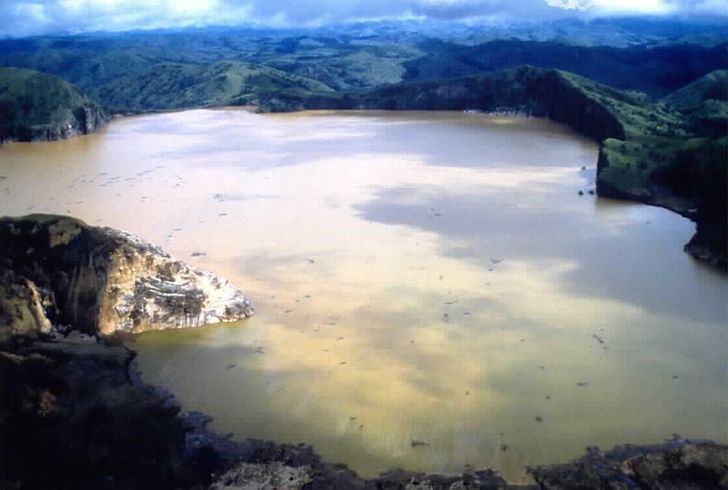 In the world, there are lakes that are dangerous not because of how deep they are but because there are dangerous gases inside them. One such lake is Nyos. On August 21, 1986, there was a huge catastrophe and as a result, there were many CO2 emissions. More than 1,700 people suffered

The phenomenon of singing sands in the desert is caused by the friction of sand particles. The more the mass of the moving sand is, the louder the sound. Sometimes, the sands sound like some kind of an organ.

4. Unknown species in the ocean 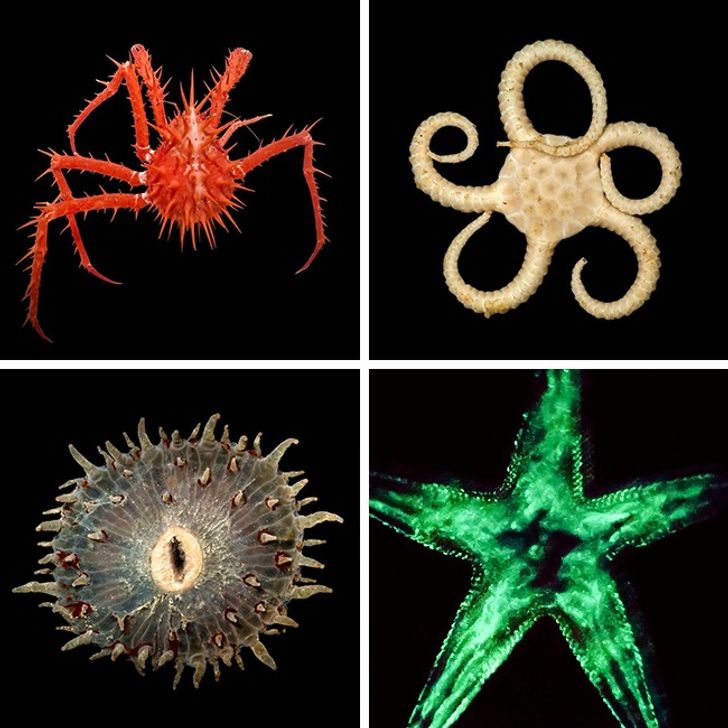 In fact, few people think about it, but we don’t know a lot about the creatures that live deep in the ocean. We know just as little about the ocean as we know about far-off galaxies. Today, we have learned about only 5% of the ocean and scientists keep discovering new species. The creatures you see in the photos above were found in June 2017 near Australia.

5. Antarctica is the driest place on the planet. 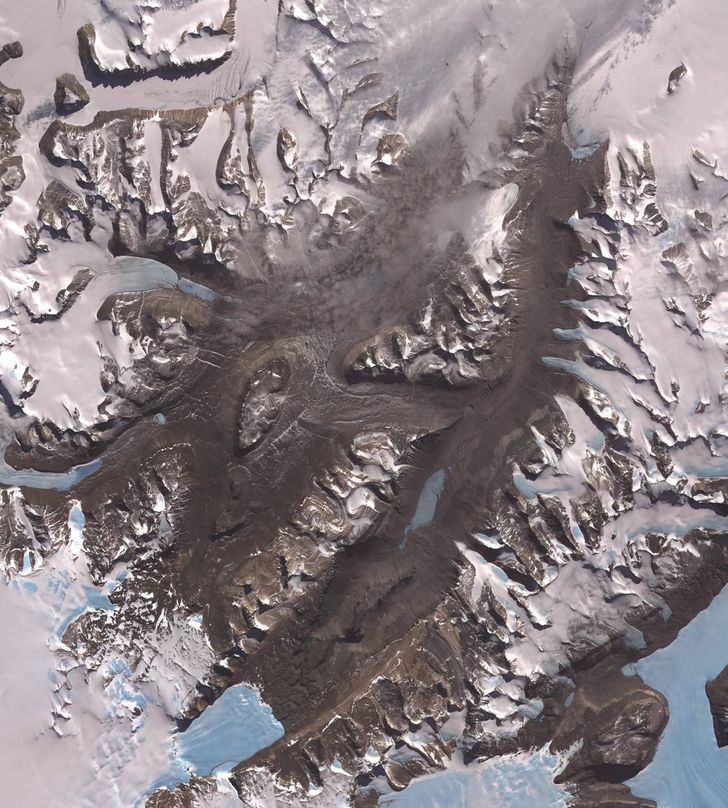 It’s amazing but the driest place on our planet is not a super hot desert-like you’d assume, but rather, the cold McMurdo Dry Valleys in Antarctica. In some parts of the valleys, there hasn’t been any rain for over 2 million years. Nature there is so similar to The Martian that NASA even did a test with their space probe.

6. In the past, Earth could’ve been violet. 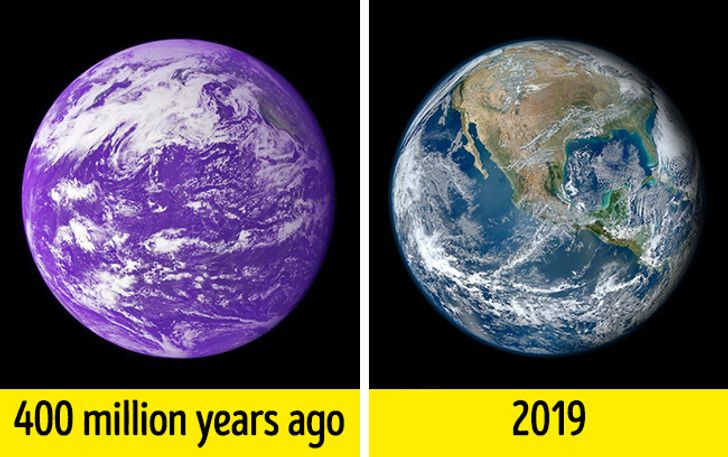 Some scientists are convinced that in the past, plants used to have a completely different pigment instead of chlorophyll (which makes the plants green). And this pigment used to make the vegetation look violet. 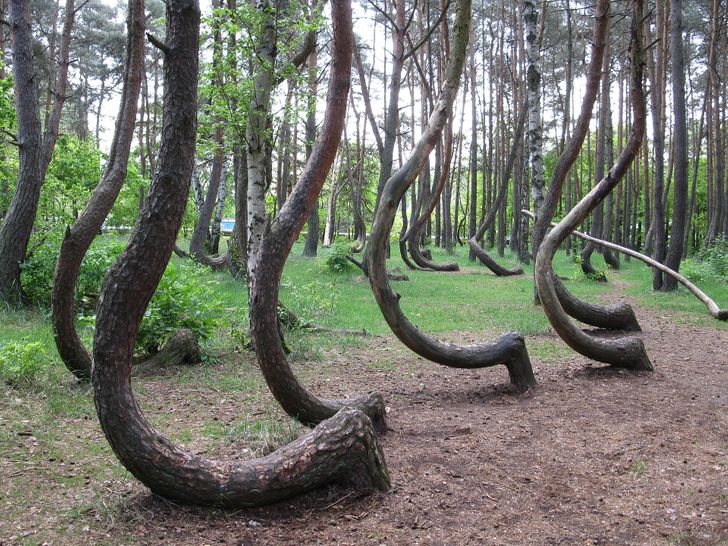 This forest is located west of Poland not far from Gryfino. The trees that grow there are crooked and the reason is not quite clear. There are several theories: one of them suggests that the trees might have been curved by the wind or a snowstorm, or perhaps people made it that way on purpose when they were planting the trees. 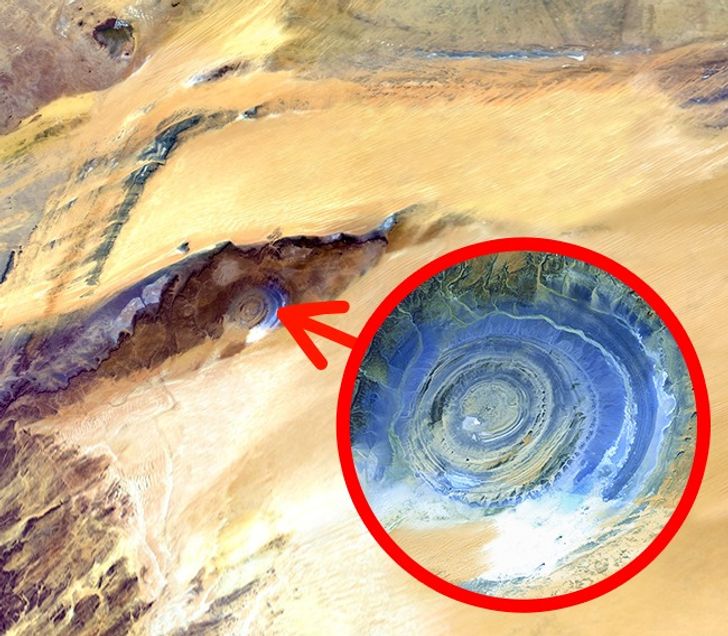 The Richat Structure (also known as the Eye of Africa) is so huge that astronauts in orbit actually use it for navigation. Even though Richat looks like a crater, scientists think it was formed in a different way: erosion. 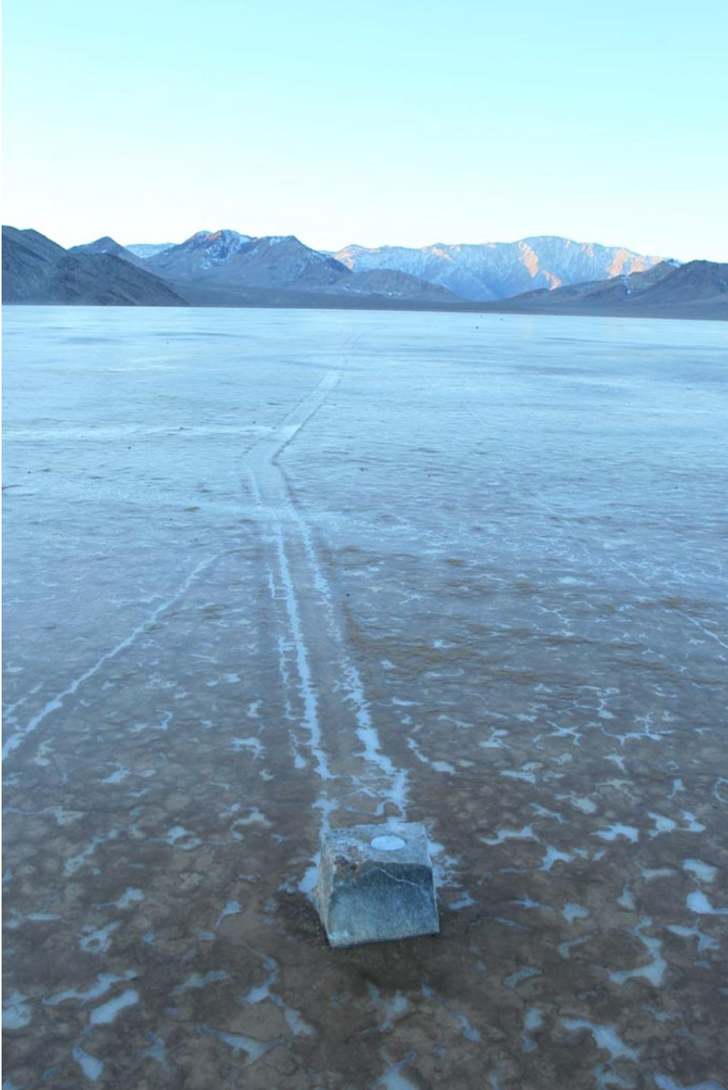 In Death Valley, California, U.S.A., there is a phenomenon called Sailing rocks. It looks as if the rocks move from one place to another. Scientists believe that the reason for this is the huge pieces of ice that move. 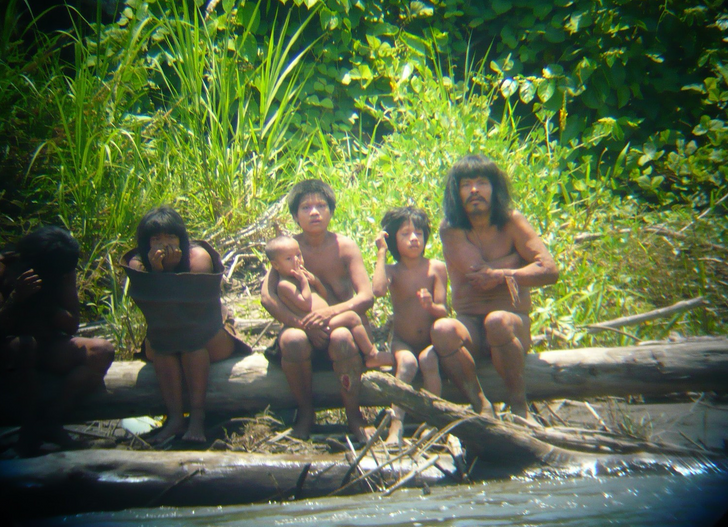 There are several tribes on Earth that live separately from civilization in different parts of the world and have no contact with other people. There is not a lot of information about them and it’s hard to take a photo of them. Some of the tribes are very hostile to strangers and it’s almost impossible to contact them. 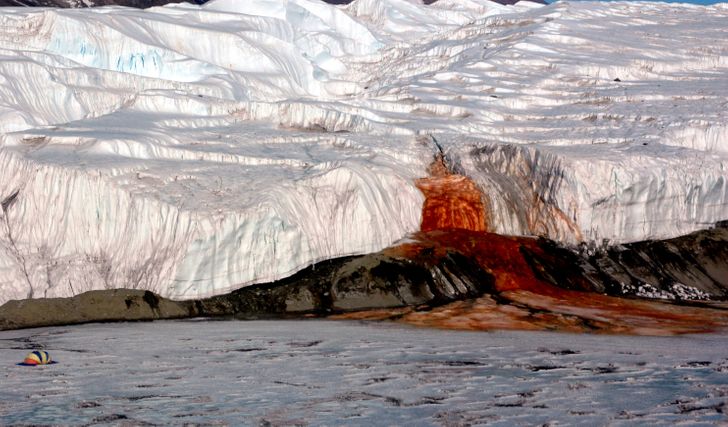 In Antarctica, there is a waterfall, and it’s not a regular one, it’s “bloody” and the water is salty. The huge amount of iron in the water makes the water red. And the source of the waterfall is an ancient salt lake that is covered with a 1300-ft-thick layer of ice. Scientists found that the lake is inhabited with microorganisms that get energy without sunlight. 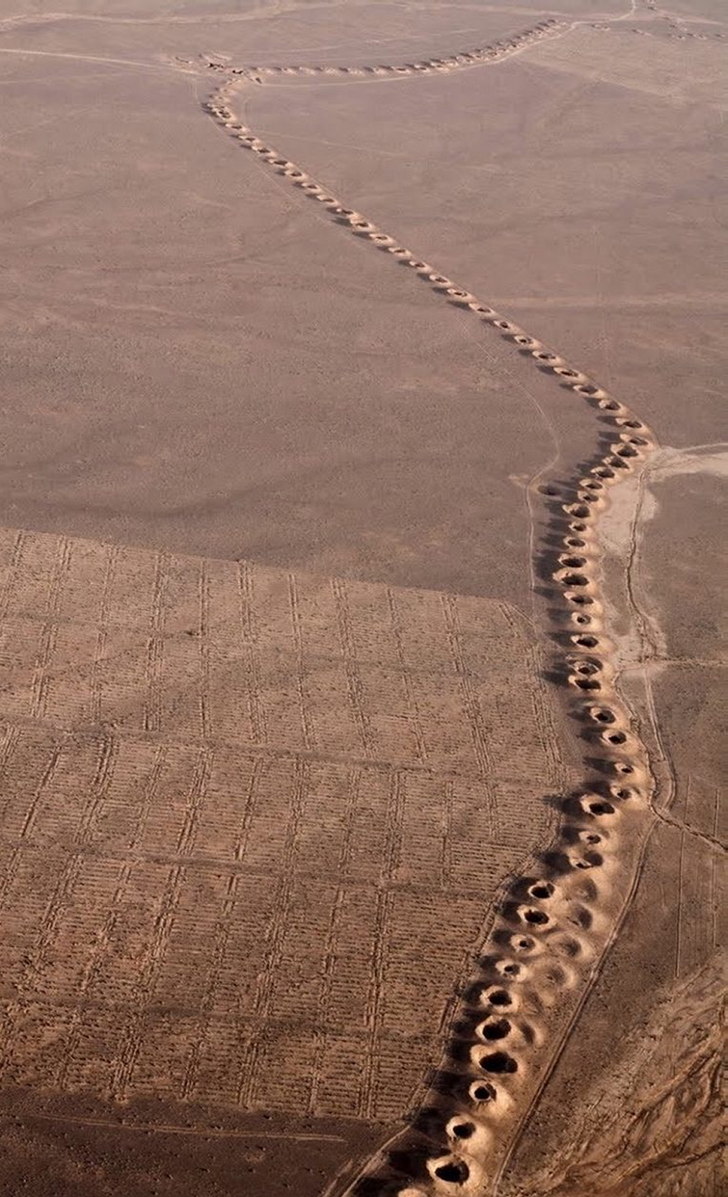 These holes are called Qanat — an ancient Persian system of water supply. There was an underground canal that people used to drink water from or would get water for their plants. Just think about this: it was made around 3,000 years ago!