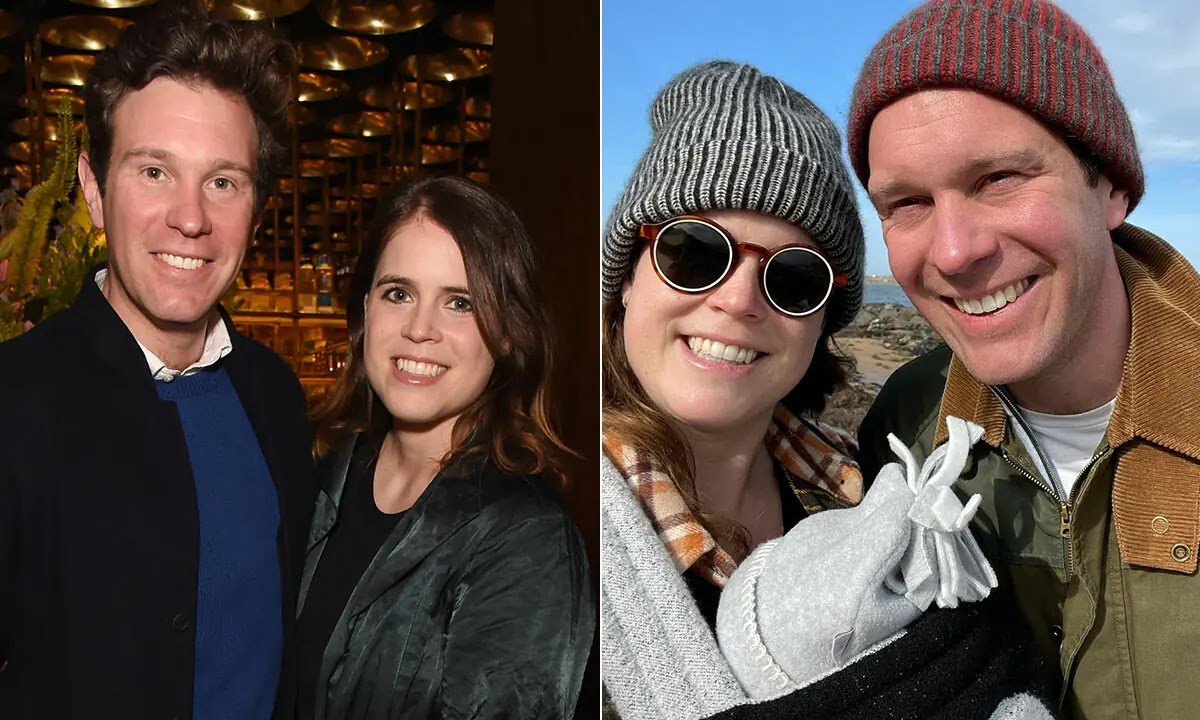 Princess Eugenie and Jack Brooksbank enjoyed a rare break from parenting duties to attend the launch of Poppy Jamie’s book, Happy Not Perfect, on Tuesday night. The royal couple, who welcomed little August in February, appeared to be in great spirits whilst posing arm-in-arm at the star-studded event.

Eugenie, 31, looked stylish as ever in a black £279 Sandro number which boasted fringed detailing. She amped up the glamour with a chic pair of black heels and a dark green satin overcoat. Jack, meanwhile, cut a more casual figure with a crisp white shirt, a blue jumper underneath a jacket and jeans. 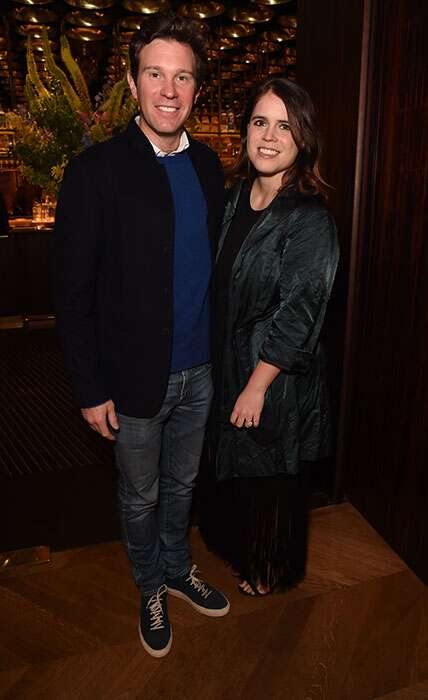 At the lavish event, which was held at the exclusive Isabel restaurant, the pair were joined by Made in Chelsea star Georgia Toffolo and model Suki Waterhouse.

The night off would have been a welcome treat for the Princess and Jack, 35. They welcomed their first child on 9 February, and have named him August Philip Hawke Brooksbank.

On Sunday, the new mum released four heartwarming photos of her husband and their newborn son in honour of Father’s Day. The Queen’s granddaughter uploaded the personal snaps to Instagram.

She sweetly captioned the pictures: “Happy Father’s Day to you my love.. you are the ultimate father to our boy!!”

The first saw Jack pushing their son in a pram, while a second was of the couple smiling as Eugenie carried little August in a sling. A third picture featured Jack with a big smile on his face as August cuddled in close to his neck and the fourth shows Jack enjoying a quick nap with his newborn son on his chest.

This year’s celebration is particularly poignant for Jack as he is marking his first Father’s Day as a dad.